Rs 500 fine for defecation in open by govt

The decision comes in the wake of the Supreme Court granting a stay on new constructions due to the lack of solid waste disposal. 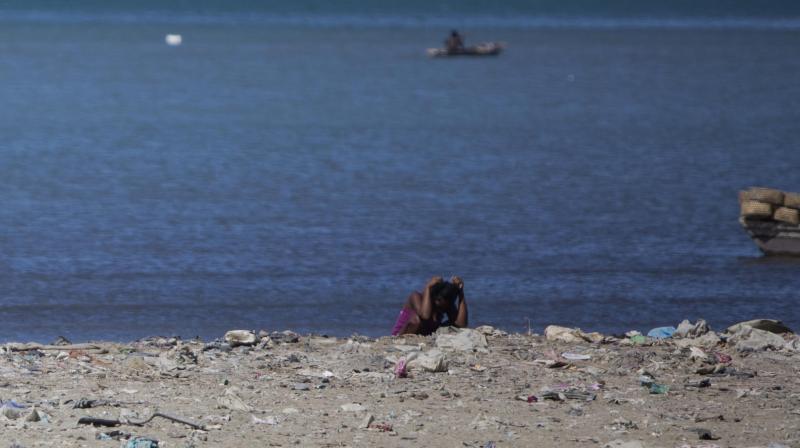 The government has been asking local bodies to achieve a target of 100 % segregation and disposal of solid waste. (Photo: AP/Representational image))

Mumbai: Open defecation will invite a fine of Rs 500 in Maharashtra, while offenders will have to shell out Rs 150-200 for spitting, urinating or throwing garbage in public places. The state government directed all municipal corporations and councils to enforce the Swachh Bharat Abhiyan across the state, including segregation and disposal of solid waste using the tool of fines.

The decision comes in the wake of the Supreme Court granting a stay on new constructions due to the lack of solid waste disposal.

For accelerating the Swachh Bharat Abhiyan, the CM Devendra Fadnavis-led urban development department has issued orders to all municipal corporations and councils on Friday.

The government has decided on the fine amount in accordance with offences in the area as per A, B, C or D class corporations or councils.

Now, local bodies are legally empowered to impose fines to societies or individuals who would not segregate solid waste. Local bodies have been appealing to societies for the same since past two years, but have achieved only 60 per cent.

Societies or entities generating solid waste of more than 100 kg per day have to dispose of waste in their premises.

Supreme Court and Bombay high court recently granted a stay for new construction in Mumbai, Thane, Kalyan, which was lifted later except in Mumbai. However, now the state government has taken up solid waste disposal seriously, said an official.