The accused would lure women and girl by promising them jobs in India, but they would be pushed into flesh trade. 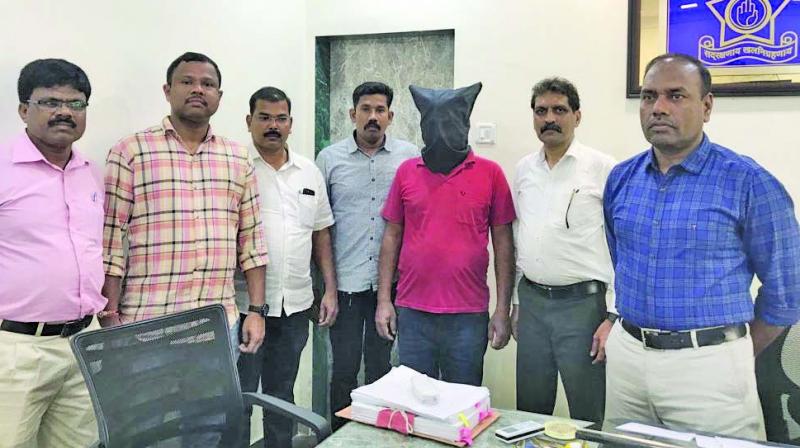 Palghar police with the arrested accused.

The accused would lure women and girl by promising them jobs in India, but they would be pushed into flesh trade. The accused would also carry money from illegal Bangla immigrants and deliver it to their family members across the border.

The accused was identified as Mohammad Saidul Shaikh (38) a native of Nodiya in Bangladesh, who has been staying in Manpada area in Dombivli. The officials said that, Shaikh was arrested based on information that he had been supplying minor girls into flesh trading in and around Mumbai. The Vasai unit of Palghar police crime branch arrested him.

“The accused had been trafficking Bangladeshi women and girls in the name of job and settlement in India and pushing them into flesh trade. He would make frequent trips to his country (Bangladesh) by illegally crossing the border and he also operated as a hawala operator,” said an officer of Palghar police.

Shaikh was closely connected with the Bangladeshi community illegally staying in the city. He would collect earnings from them to deliver it to their families in Bangladesh for a commission. The accused was operating since several years, said officials.

Shaikh had brushed with the law several times, when he was booked by the Nagpada, D B Marg, Virar, Tulinj and Palghar police in separate cases of Prevention of Immoral Trafficking Act cases. He was wanted under various cases registered in 2010 and 2011 by the Mumbai police.

The Palghar police has registered a fresh case of human trafficking against the arrested accused and further investigation is underway.