Juhu fire: No visitors for 9 victims at Cooper hospital

Two of the injured have been discharged after treatment at the Out Patient Department. 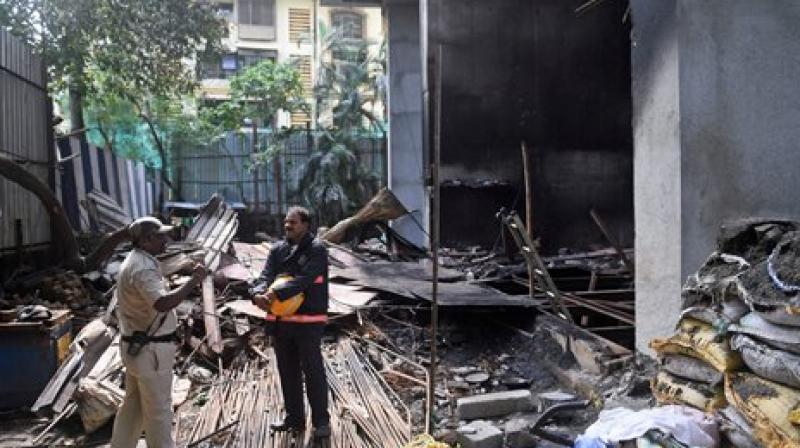 Police official and a fireman at the spot where at least six people were died and 11 injured, after a gas cylinder exploded on the ground floor of an under-construction building at Juhu. (Photo: PTI)

Mumbai: Of the 11 injured in the fire that erupted in an under-construction building in Juhu on Wednesday night, four are critical with 90 per cent burns.

According to the hospital’s dean Dr. Ganesh Shinde, neither has any relative nor anyone from the building site come to visit them. Currently, the hospital is taking complete care of the victims and further, the  treatment would be decided after observation. Two of the injured have been discharged after treatment at the Out Patient Department.

The incident happened at the 13-storey Prarthna building, opposite Kaifi Azmi Park, next to Green Acres in Juhu. The civic authorities had received a call about the fire at 10.10 pm on Wednesday. The fire officials said that the fire was caused by a cylinder blast and was confined to the ground floor in an area of 50ft x 100ft. Scrap material and wooden articles in the vicinity has fulled the fire, causing the fatal accident to get worse.

“No one has come to meet the patients yet. Surprisingly, even the people at the building site haven’t visited them. Our hospital and doctors are taking good care of them,” he added.