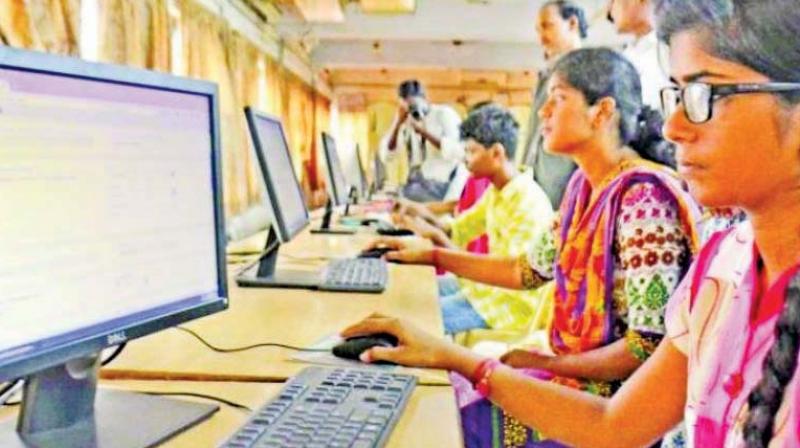 Mumbai: Out of 2.46 lakh applicants for the first year junior college (FYJC), over 40,000 students have not been allotted seats in any college even after the declaration of the fourth merit list. Out of these 40,000 students, the state education department’s Mumbai division said it takes “responsibility” only for 2,705 students, as these are the ones whose name did not appear in any of the merit lists.

After the fourth merit list, out of 55,509 applications, the names of 46,124 students were listed. However, a majority of them won’t take admission, as the college they are allotted with does not satisfy them.

On Tuesday, deputy director of education B.B. Chavan is set to meet education minister Vinod Tawde to discuss the fate of the students that have been left out even after the four lists. “After discussing it with Tawde, we will figure a way on whether to put up an additional list or a special list,” Mr Chavan said.

In the additional list, all the 40,000 leftover students will be considered. However on the special list, the students will be bifurcated on the basis of their merit and reasons on why their name did not appear. “Students don’t need to worry if they have not got any colleges as still 50,000 plus seats are vacant in Mumbai colleges,” Mr Chavan added.

This year the total intake (seats) is 2.92 lakh while the number of applicants is 2.46 lakh, which is why the department is not worried about ‘lack of seats’ that it goes through every year.