Only nine car owners came to collect the vehicles, while the remaining 47 vehicles are in the BMC’s custody and their penalty will rise each day. 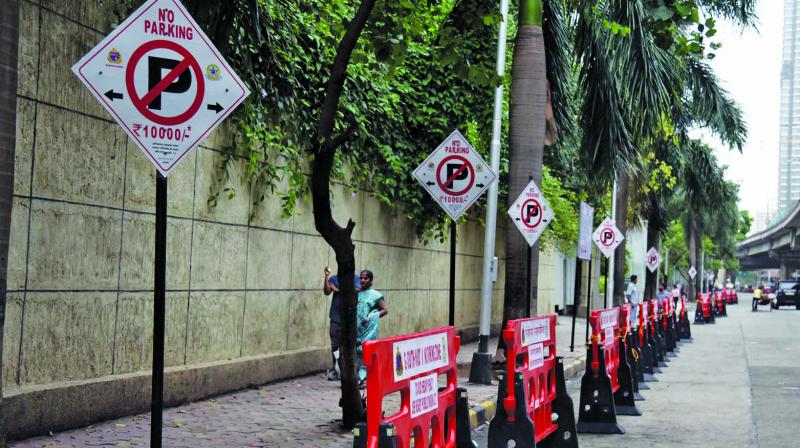 Mumbai: The civic body’s new ‘no-parking’ policy, which was implemented from Sunday, received a good response as the usage of public parking lots (PPL) has increased. Across the city, in seven municipal zones, more than 56 vehicles that were parked within a radius of 500 metres from PPLs were towed and Rs 1,80,000 was collected in fines.

Only nine car owners came to collect the vehicles, while the remaining 47 vehicles are in the BMC’s custody and their penalty will rise each day.

Under the new policy, the BMC decided to levy hefty fines of up to Rs 15,000 for the illegal parking of vehicles. The objective is to not only de-congest traffic on roads but also encourage people to use PPLs — multi-storey structures developed by private builders and handed over to the BMC after they were granted additional FSI. In the next stage of the policy, every ward office will mark new no-parking zones with the help of the traffic police. In stage one, action will be taken against only those who park within 500 metres of 26 PPLs.

It is evident that people prefer to park vehicles on roads despite public parking facilities. Thus, the civic body came up with revised charges where up to Rs 15,000 will be charged for illegal parking. The fine is Rs 10,000 for cars and Rs 15,000 for heavy vehicles, including the towing charges, respectively. The fines will be utilised for the development of the particular zone in which they are parked, according to the BMC.