After the recent heavy downpour in Kandivali, a stretch of the Poisar river overflowed, leaving the streets full of garbage. 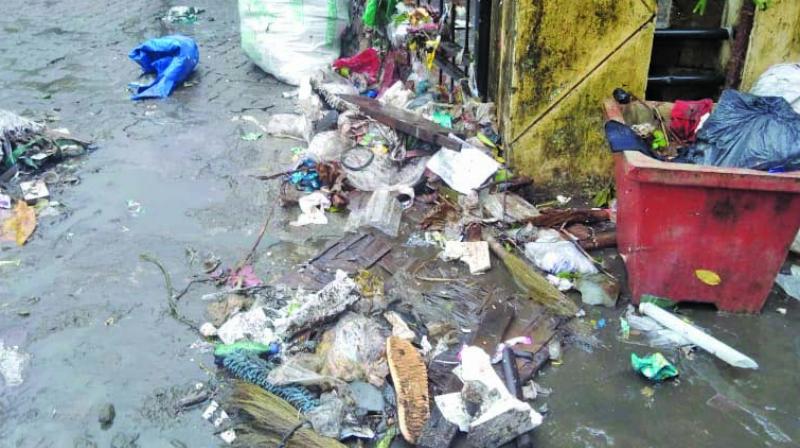 The river has for long been contaminated by urban and industrial effluents.

Mumbai: Waste from stormwater drains is spilling on to the roads due to heavy rainfall in Mumbai city and adjoining regions.

After the recent heavy downpour in Kandivali, a stretch of the Poisar river overflowed, leaving the streets full of garbage. Activists have blamed rampant encroachment on the river for the problem.

The nearby nullah, connected to Poisar river, waterlogged the area during the July 2 downpour, claim residents in Tank Road, near Kandivali village. They also claim that the garbage from the drain continues to litter the road even after the water has receded.

“The water from the nallah led to water entering our apartments as well as the compound. The dirty water and muck reached the lobby and lift too. The area is still littered with garbage,” said Juliana D’souza, resident of Accord Apartment, Kandivali (West).

Activists have now written to the Brihanmumbai Municipal Corporation (BMC). They state that the flooding occurred due to rampant encroachment by hutments, adding that water entered residential buildings due to the absence of a retaining wall at the site.

“When the water receded, it left a lot of muck in the compound of various housing societies along the heavily polluted river. The retaining wall, which is required to be built by a neighbouring builder, has not been built since last five years,” said Godfrey Pimenta, Trustee of NGO Watchdog Foundation. “The encroachment has narrowed the width of the river stretch, thereby affecting its carrying capacity,” he added.

A BMC official claimed that the clean-up work has already started in the area, adding that the problem may be linked to fresh garbage being thrown in the river.

“We have started cleaning up the muck from the river on the roads. The BMC had carried out timely de-silting in the river before the advent of the monsoon,”  the official said.