The Health department recently revealed that 1,705 people had tested positive for the contagion in the state since the beginning of the year. 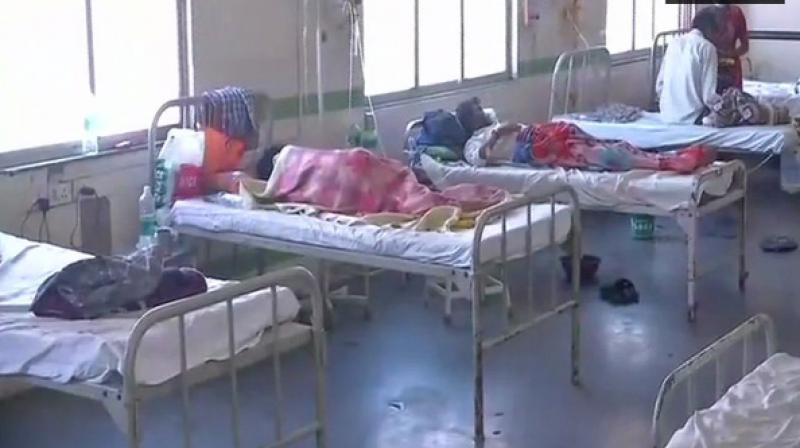 Swine flu has begun to raise its ugly head over Maharashtra, with the state already registering 11 deaths in June. (Photo: ANI)

Mumbai: Swine flu has begun to raise its ugly head over Maharashtra, with the state already registering 11 deaths in June. The state’s public health department has assured that preventive measures are being taken to curb the menace.

“We have intensified our surveillance. We have also started with vaccination drive,” a state health official said.

As per the recent data shared by the state public health department, few patients are on ventilator. At least 139 deaths have been registered between January and June this year. Pune has recorded the highest number of deaths (44) followed by Nagpur (34), Nashik (31), Kolhapur (12) and Mumbai (02). Sixteen deaths have been recorded in rest of the state.

The Health department recently revealed that 1,705 people had tested positive for the contagion in the state since the beginning of the year.

Mr Awate informed that over 21,286 people were given Oseltamivir pills, an antiviral medication used to treat influenza A and influenza B between January and June 2019.

“While 82 patients are currently admitted to the hospitals, around 1,411 patients have been discharged,” he said.

The National Centre for Disease Control (NCDC) has stated that H1N1 influenza, considered a winter disease, is affecting patients irrespective of season, geography and age group.

The virus has already affected more than 23,000 people across India in 2019 itself, stated NCDC officials.

The NCDC comes under the ministry of health and family welfare.

Shedding light on the matter, Sanket Kulkarni, deputy director, National Centre for Disease Control (NCDC), said, “There were at least two seasons for the virus. One was January-March and the second one was August-October. The previous season used to be what we call a ‘major peak’ and August-October would be a ‘minor peak’. Now, this has reversed.”

An infectious disease expert stated that the influenza virus has trans-equatorial transmission — that is it moves from the Northern Hemisphere to Southern Hemisphere and vice-versa. “The former used to happen from January-March and the latter would cause the disease post-monsoon season in India or from August to October,” said the expert.

With dominant flu strains frequently changing, the World Health Organisation (WHO) recommends a new vaccine each year against the most dominant influenza strains.

For 2018-19, WHO, a specialised agency of the United Nations, has recommended the quadrivalent vaccine, which protects A (H1N1) pdm09, influenza A (H3N2), and among B viruses, B-Yamagata lineage and B-Victoria lineage.