10 rebel Karnataka MLAs holed up in hotel at BKC

The plane in which the MLAs flew to Mumbai reportedly belongs to a firm associated with a BJP MP. 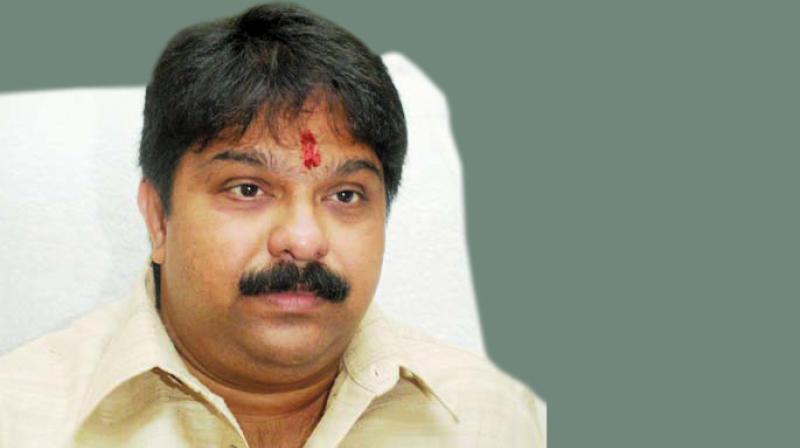 State BJP spokesperson Keshav UpadhyeAccording to sources, Maharashtra BJP has entrusted leaders like legislator Prasad Lad and Mohit Bhartiya with the responsibility of ‘looking after’ these dissident MLAs.

Mumbai: Ten rebel Karnataka MLAs, who have recently put in their papers, have been put up in Sofitel hotel at Bandra Kurla Complex (BKC).

The chartered plane in which the dissident Congress and the JD(S) MLAs flew to Mumbai belongs to Jupiter Capital Private Limited, a firm associated with Rajeev Chandrasekhar, a Rajya Sabha member of the Bharatiya Janata Party (BJP), company sources told PTI.

While the  Maharashtra BJP has feigned ignorance about their presence, the Congress has accused the party of misusing official machinery to ‘murder democracy’.

The JD (S)-Congress government in Karnataka plunged into a crisis on Saturday, with 11 MLAs of the alliance submitting their resignations to the speaker. After putting in their papers, 10 MLAs boarded a chartered flight to Mumbai and arrived at the hotel.

According to sources, Maharashtra BJP has entrusted leaders like legislator Prasad Lad and Mohit Bhartiya with the responsibility of ‘looking after’ these dissident MLAs. Mr Lad was even spotted at the hotel in question. He, however, said, “I don’t know anything about this and came to know about it in the media. I am busy with the BJP membership drive.”

State BJP spokesperson Keshav Upadhye also insisted that the party is not aware of the goings-on. “We are not aware of the presence of any MLA from Karnataka in Mumbai. We have nothing to do with the developments,” he said.

However, Karnataka Congress MLA Mahendra Singhi and Mr Lad were seen at the hotel. Mr Singhi said that he met Congress MLA Ramesh Jarkiholi to discuss the reasons behind the latter quitting the Assembly.

“There is no threat to our government as the issues will be resolved on the chief minister’s return,” Mr Singhi said.

Meanwhile, Congress activists protested outside the hotel demanding that their party MLAs should withdraw their resignation. The police detained the activists, including Mumbai Youth Congress vice-president Suraj Singh Thakur.

Mr Thakur told The Asian Age, “We have organised a protest against the BJP, which has been hatching a plan to dislodge the Karnataka government. The BJP has held Congress legislators hostage in a hotel. If the legislators were staying in the hotel of their own accord, why have police personnel been deployed there?”

In Karnataka, the JD(S)-Congress coalition’s total strength, including those who have put in their papers, is 118 (Congress-78, JD(S)-37, BSP-1 and Independents-2), besides the speaker. The BJP has 105 MLAs in the Karnataka House.