Metros   Mumbai  08 Jul 2018  One dead, about 100 rescued from waterfall near Mumbai after heavy rainfall
Metros, Mumbai

One dead, about 100 rescued from waterfall near Mumbai after heavy rainfall

'The area is witnessing continuous rainfall since morning which is hampering rescue operations,' officials said. 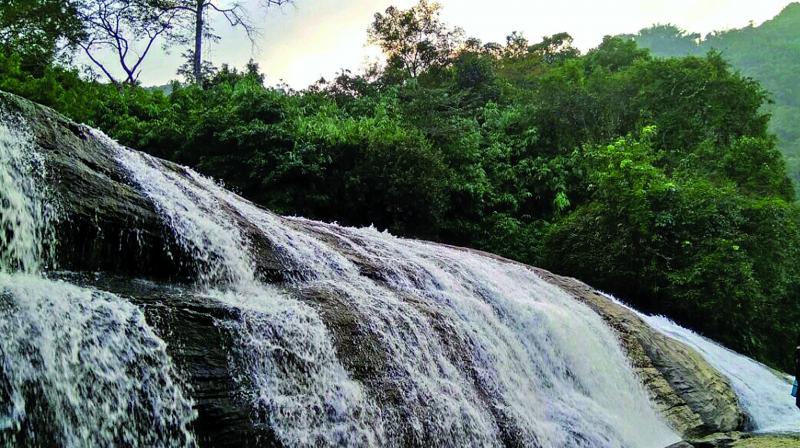 The waterfall, a popular destination among tourists during the monsoon, is situated in Tungareshwar forest, over 70 kilometres from Mumbai. (Representative image)

Mumbai: A picnicker died on Saturday and a rescue operation was on for 12 others stranded at Chinchoti waterfall in Vasai in neighbouring Palghar district, police said.

About 100 others had been rescued by teams from the National Disaster Response Force (NDRF), the Fire Brigade and local police who were currently engaged in rescue operations, an official said.

Police identified the deceased as Bhavesh Gupta, 35, and added that most of the people who had visited the site were from northern Mumbai suburbs like Kandivali, Borivali and Malad besides Santacruz.

The waterfall, a popular destination among tourists during the monsoon, is situated in Tungareshwar forest, over 70 kilometres from Mumbai.

"The area is witnessing continuous rainfall since morning which led to these people getting stranded and it is also hampering rescue operations," the official informed.

He said that a team of the 5 Battalion of the NDRF, stationed at Andheri in Mumbai, was provided a "green corridor" by the traffic police to get to the site of operations near Vasai quickly.