4 mths after announcement, fee regulating panel not set up

The Maharashtra government in March this year proposed setting up a statutory fee regulatory committee to regulate the fee hike in schools. 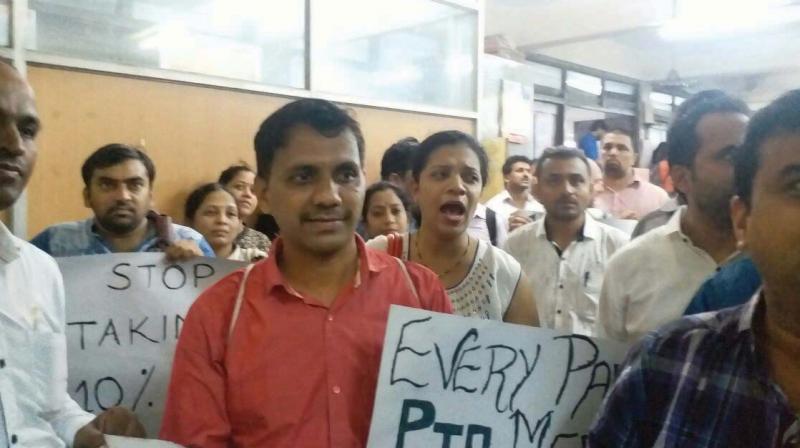 The state government in March this year proposed setting up a statutory fee regulatory committee.

Mumbai: Parents of children from several city schools on Saturday protested outside the deputy director of education’s office the inaction against the illegal fee hike in private schools. The Maharashtra government in March this year proposed setting up a statutory fee regulatory committee to regulate the fee hike in schools. However, there has been no notification yet from the government regarding this committee.

According to the government, the committee i.e. division fee review committee (DFRC), will promulgate an ordinance under which 25 per cent parents and not just the Parents Teachers Association (PTA) will be able to approach the committee panel and register a complaint. This will give parents an upper hand in terms of taking decisions or rejecting those made by the school management regarding fees or any other sensitive matter related to students and their parents.

In March, state education minister Vinod Tawde assured that such a committee would be constituted which would be active from the academic year 2018-19. However, till date, no notification has been passed to such effect. The protesting parents demanded that a DFRC be constituted for their benefit. One of the protesting parents said, “We waited for more than one hour outside the deputy director of education’s office however the moment he came, he dismissed our demands. After putting severe pressure, he assured to look into the matter by Monday.”

Another parent said, “Even though schools claim to be following the 15 per cent rule (of hiking fees every two years), somewhere, it’s a trick the school management is playing on us. This will only stop when there is a regulatory body which looks after the issues we (parents) are facing since so many years now.”

Rajendra Ahire, deputy director of education, told this newspaper, “The moment we are given a notification from the government, we will instruct on further procedure. However, no such thing has reached us as of now.”