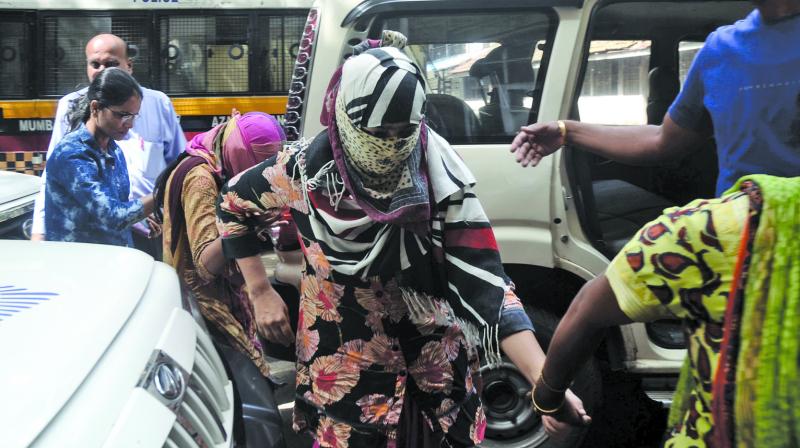 Mumbai: A day after allegations surfaced that DIG (prisons) Swati Sathe exhorted fellow jail officials on WhatsApp to rally support for the six arrested jail staffers of the Byculla women’s prison, Ms Sathe abruptly quit from the investigations into the brawl and the death of jail inmate Manju Shetye (45), who died on June 23.

The prison’s probe has now been transferred to Inspector General (prison) Rajyavardhan Sinha. The Asian Age had first reported about Sathe’s support to the accused officials on Thursday. Ms Sathe was in the eye of the storm after messages expressing sadness over the arrest of Manisha Pokharkar, Bindu Naikade, Waseema Shaikh, Sheetal Shegaonkar, Surekha Gulve and Aarti Shigane for murdering Shetye, came to light.

Ms Sathe had posted her displeasure on an internal messenger group named ‘Maharashtra Prison’. Her message said: “Feeling sad and upset. All our six colleague sisters arrested today evening. Police custody till July 7. Will this at least pacify the media?” On receiving no response, Ms Sathe took the names of two senior officers and sought their solid backing for the sisters and demanded a ‘yes’ from at least some of them.

After the messages started doing rounds, Ms Sathe wrote to additional director general (prison) BK Upadhyay on Friday and sought to relieve her from the responsibility of probing the incident. “Since Thursday, several media organisations have been discussing on the said investigation (raising questions on the probe) and hence it would my heading the probe would not be ethical. Hence, I request you to kindly take away the probe from me and relieve me,” she stated in the letter sent to Mr Upadhayay.

Mr Sinha is expected to submit the report on alleged lapses by the prison officials. As per the earlier deadline on submission of the report, the findings were likely to be put up in seven days. However, after the replacement of the probe officer, the report is likely to take more time, sources said.