Notwithstanding, the authorities took him to a nearby civil hospital and got a checkup done for ailments he was not suffering from. 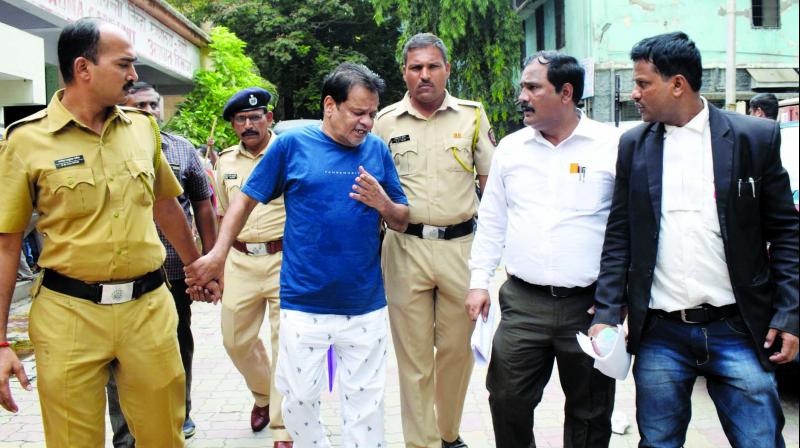 Mumbai: Iqbal Kaskar is likely to move application before the Thane sessions court to issue show cause notice to the Thane central prison authority for not obeying the June 4 court order.

Thane sessions judge Rajendra Tambe had directed prison authorities to take Kaskar to J.J. or St. George Hospital, Mumbai, for checkup and treatment. Notwithstanding, the authorities took him to a nearby civil hospital and got a checkup done for ailments he was not suffering from.

Kaskar’s counsel Vishal Ingavale said, “On Friday, Kaskar was taken to a civic hospital instead of J.J. or St. George Hospital. Further, they got the wrong checkup done for him.”

“In the application, we mentioned that Kaskar had been suffering from high blood pressure and swelling in his feet. He is barely able to walk but the police got a checkup done of his chest and an X-ray of his feet. His blood was also taken though he never asked to have a blood test done,” he said.

Advocate Ingavale said, “I spoke to Kaskar who said that he never complained of chest pain to the police. This means court orders were clearly violated and we will file plea before the sessions court on Monday.”

Thane central prison superintendent, Nitin Vayachal said, “We have not violated any procedure or court order. We took him to a civil hospital and the doctor had to decide whether or not the patient should be transferred to J.J. or St. George Hospital. It is not up to the accused to decide.”