Refuses to change the reservation of 33 hectares land, which falls under NDZ. 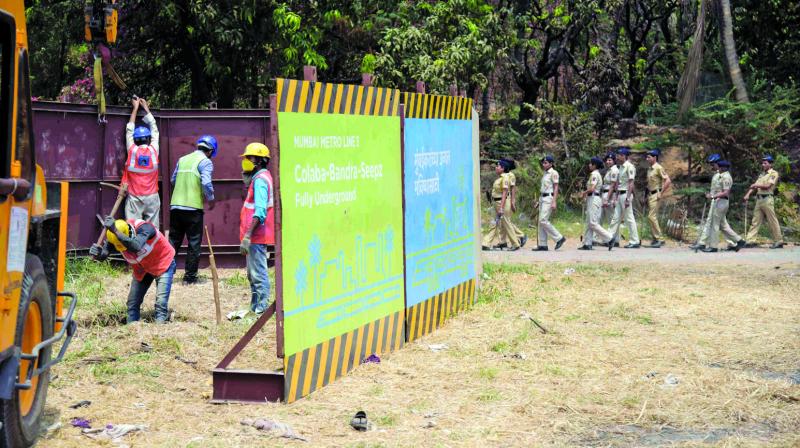 Mumbai: Shiv Sena, the ruling party in the Brihanmumbai Municipal Corporation (BMC), has again stonewalled the Bharatiya Janata Party's (BJP) ambitious plans of constructing a metro carshed at Aarey Colony. The party rejected the proposal to change the reservation of 33 hectares of Aarey Colony land, which falls under Non-Development Zone (NDZ).

The civic administration, acting on the state government's directives, has decided to exclude 33 hectares land of Aarey Colony from the NDZ for the construction of Metro-III carshed and workshop. The land will also be reserved for commercial use.

The Mumbai Metro Rail Corporation Limited (MMRCL) will be the authority for said reservation.

When the proposal for change of reservation was tabled before the BMC improvements committee for its approval last time, all parties barring the BJP had vehemently opposed the proposal, citing the loss of green cover. The panel members had also asked for the inspection of metro carshed site.

Even after the site visit, the Sena continued with its opposition to the project on Wednesday. Despite the BJP strongly backing the proposal, the ruling party members of Shiv Sena rejected it right away without any discussion.

Senior BJP corporator Prakash Gangadhare defended the proposal, saying that it was in city's interest. "The metro project is important for city's development. There should not be any politics while approving it."

However, improvements committee chairman Anant Nar said, "The metro car shed at Aarey colony means destroying its green cover. They should think of measures to prevent the large-scale cutting of trees required for this project."

The DP planning committee in its recommendations has also retained Metro carshed within the Aarey Colony despite marking it as a green zone. However, Sena members had registered their protests for providing land to the metro project, citing large-scale cutting of trees. The MMRCL has sought permission from the BMC to cut 3,891 trees along the project's alignment.