Just three days ago, a dead 13-foot-long dolphin was found at the same beach. 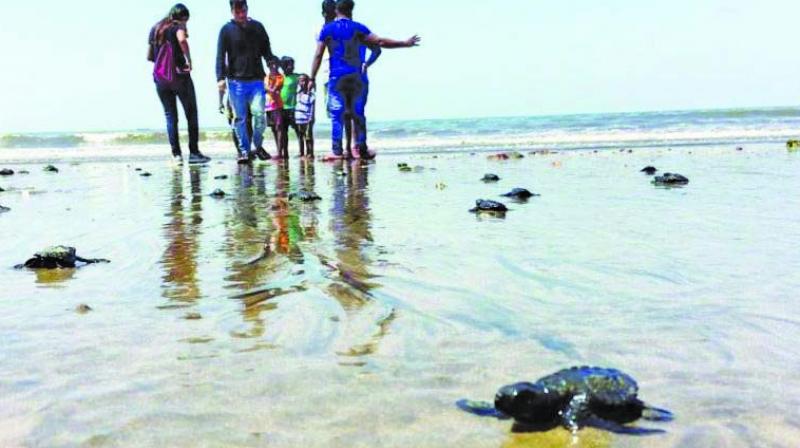 The back-to-back beaching incidents might be due to strong winds.

Mumbai: The carcass of a fully-grown green turtle washed ashore at Versova Beach on Monday.

The three-foot-long turtle was severely decomposed, due to which Brihanmumbai Municipal Corporation (BMC) forest officers had to immediately bury it at the beach. This is the fourth such incident of beaching across Mumbai’s shores this year. Just three days ago, a dead 13-foot-long dolphin was found at the same beach.

The mangrove cell got information about the carcass of the turtle at Versova beach at 7.30am from the BMC and Afroz Shah, who has been spearheading the massive cleanliness drive at the beach.

Makarand Ghodke, assistant conservator of forests, state mangrove cell, said, “The officers arrived at the beach at 8 am after getting the call. The carcass of the turtle was severely decomposed due to which, we had to immediately bury it. We could not find out its age and for how long it had been dead as we could not conduct any autopsy given its disfigured condition.”

According to forest officials, the back-to-back beaching incidents could be due to strong wind action over the sea. “We suspect that the turtle died of natural causes as there were no injury marks found on it,” added Mr Ghodke.