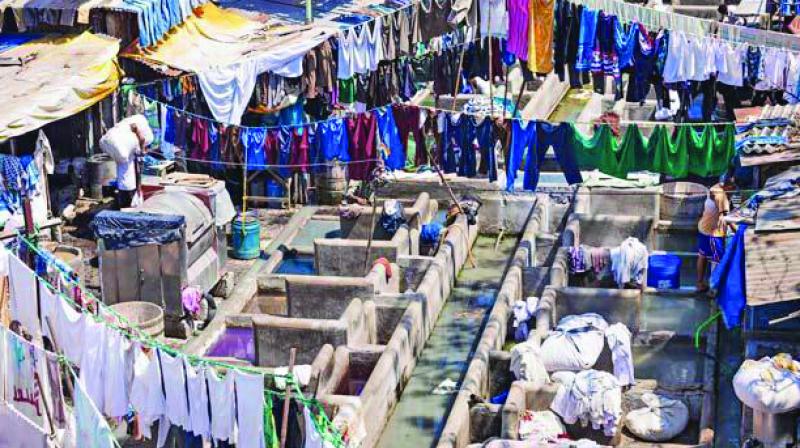 The civic body had also filed a FIR against six people for opposing the drive and police have arrested them.

Mumbai: Shiv Sena has opposed Brihanmumbai Municipal Corporation's action against illegal constructions at Dhobi Ghat in Mahalaxmi. Party leaders and activists staged a dharna at G-South ward office claiming that the civic body has carried out demolitions despite locals having evidence.

Overcoming a strong resistance from local washermen, the BMC in its three-day drive last week had demolished 68 illegal structures at Dhobi Ghat. The civic body had also filed a FIR against six people for opposing the drive and police have arrested them.

“We are not against BMC taking action against illegal constructions, but people at Dhobi Ghat are living there for several years. The BMC should have checked their proofs before taking any action. They should now be allowed to construct temporary sheds,” said Ms Pednekar.

Devendra Jain, assistant commissioner of G-South ward, said, "Action against illegal constructions would continue unabated. There are several encroachments in Dhobi Ghat, which will be removed.”