The location of the last call from Vyas’ mobile was traced to Worli's Jijamata Nagar, said a crime branch officer. 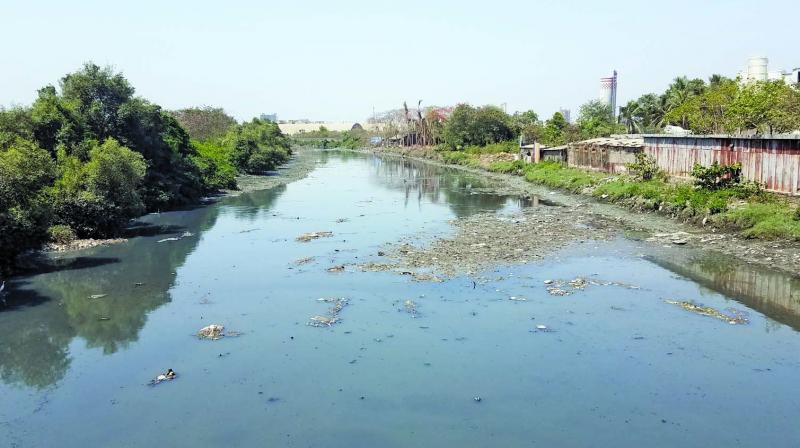 The officials began a search operation in the drain located at Wadala Mahul road with three divers.

MUMBAI: Mumbai Crime Branch on Monday conducted a search at a sewage drain in Wadala (East) over suspicions that the body of an Andheri-based salon executive Kirti Vyas had been disposed off in the drain by two alleged killers on March 16.

The police’s efforts however drew a blank as they suspect that the body might have been decomposed by now, 50 days after the body was allegedly thrown in the drain located at the Wadala-Mahul road. The police also enquired with locals including fishermen for clues to the crime.

According to the sources in the crime branch, the search for dead body of Kirti Vyas began early on Monday after the two arrested accused - Siddhesh Tamhankar (28) and Khushi Sahjwani (42) revealed that after killing Vyas in the car, they dumped her body in the nullah, near Wadala-Mahul road. The officials probing the matter, canvassed the area  and began a search operation with three divers.

Inspector Prashant Raje, who is a part of the team probing the case said, “Acting on the intel received from the accused persons, we began the search. However it is highly possible that the body might have either washed far ashore or decomposed.”

On Saturday the police said that Tamhankar's laxity irresponsible behaviour at work had attracted ire from Vyas, who was finance head at  a branch of salon B-Blunt. “She had served Tamhankar a notice asking him to show improvement in work or face action. The notice time was expiring on the day the duo kidnapped Vyas,” said a crime branch officer.

Vyas  was last seen seated in Sahjwani’s car. The location of the last call from Vyas’ mobile was traced to Worli's Jijamata Nagar, said a crime branch officer. Incidentally, the cell phones of both the accused were traced at the same location