The work is expected to be completed by February 2019. 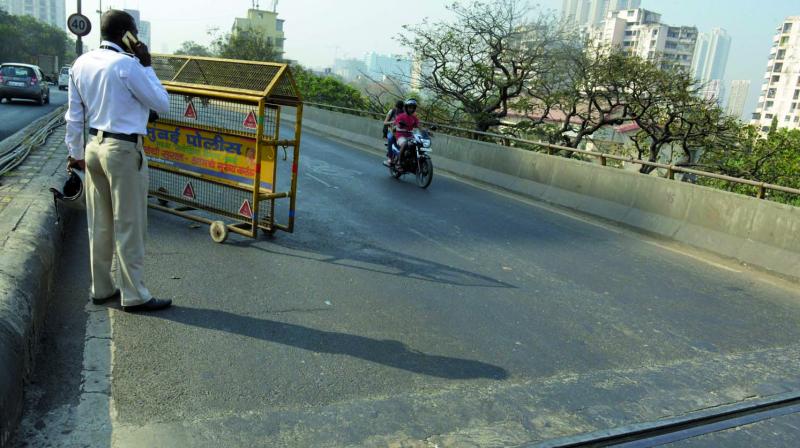 Mumbai: Following the high court directive, the BMC will carry out the structural audit and repairs of the seven-year-old Lalbaug flyover at a cost of Rs 18 crore. The work is expected to be completed by February 2019.

According to civic officials, the HC, in its March 23, 2017 ruling, directed that a structural audit and repairs of the Lalbaug flyover be carried out. The BMC appointed Prof D.D. Desai’s Associated Engineering Consultants and Analysts Pvt. Ltd. as the technical consultant, which prepared tender documents for the project. The BMC allotted the structural audit and repairs to Freyssinet Prestressed Concrete Company Limited at a cost of Rs 18 crore.

A senior civic official said, “Structural repairs include replacement of 13 expansion joints; replacement of 10 bearings and repairs of 221 bearings, carbon fibre wrapping to pier head, pedestal and superstructure; and epoxy/cement grouting to bearing seats and polymer mortar or micro-concrete for diaphragm.”

The court had ruled on a PIL filed by activist Bhagwanji Raiyani about the condition of the flyover which was thrown open to the public in June 2011. The PIL had cited various instances of potholes and gaps as well as a block falling off the flyover. A structural audit ordered by the HC confirmed the need for structural repairs. The BMC assured the court that a structural audit and repairs would be carried out by February 2019. The civic body also appointed IIT Mumbai for the review of the structural design and preparing of a retrofitting scheme for affected parts of the flyover