Then chief minister Prithviraj Chavan inaugurated the project in 2011. 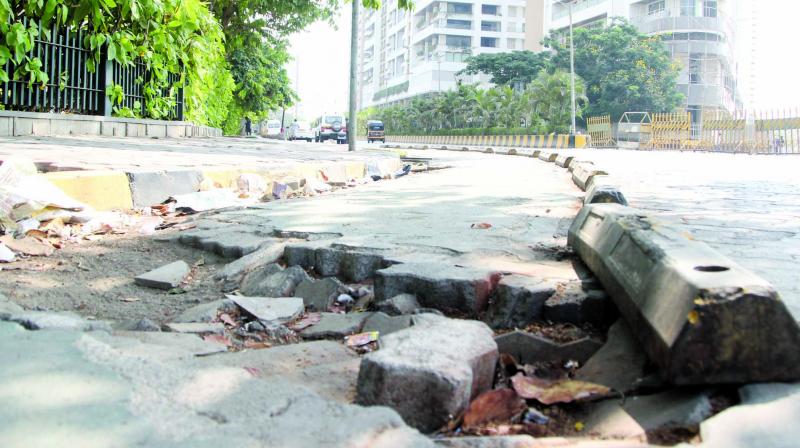 After laying the cycling track in Bandra Kurla Complex in 2011, the MMRDA dismantled it in 2016, saying that the project had failed. (Photo: Mrugesh Bandiwadekar)

Mumbai: While cyclists in the city have been claiming that the culture of cycling is still alive, attempts made by various administrative bodies like the Mumbai Metropolitan Region Development Authority (MMRDA) and the Brihanmumbai Municipal Corporation (BMC) to have dedicated cycling tracks and parking for cycles have either failed or are shut.

The MMRDA, in order to promote the culture of cycling had laid a cycle track of around 13 km in the commercial hub of Bandra Kurla Complex (BKC), spending almost Rs 6.5 crore on the project. Then chief minister Prithviraj Chavan inaugurated the project in 2011.

However, within one year of its opening, the cycle track was in the news that it was not being maintained and that office-goers parked their vehicles on the track reserved for cycling. Later, in 2015, MMRDA had dismantled part of the cycle lanes for construction of bus lanes. However in 2016, citing that the track had no takers, MMRDA had dismantled the whole 13-km-long lane along with dedicated bus lanes, agreeing that it was a failed project.

Earlier this year, BMC mooted a proposal for a 2.4-km-long dedicated cycle track on trial basis at Carter’s Road in Bandra. However, it is yet to see as to how cyclists respond to the cycle tracks.

Jitendra Gupta, a transport expert said that having cycle tracks in a city like Mumbai is a bad idea.