Class 9 pupils get one more chance to clear exams

According to the department officials, the aim is to let every student pass the academic year properly. 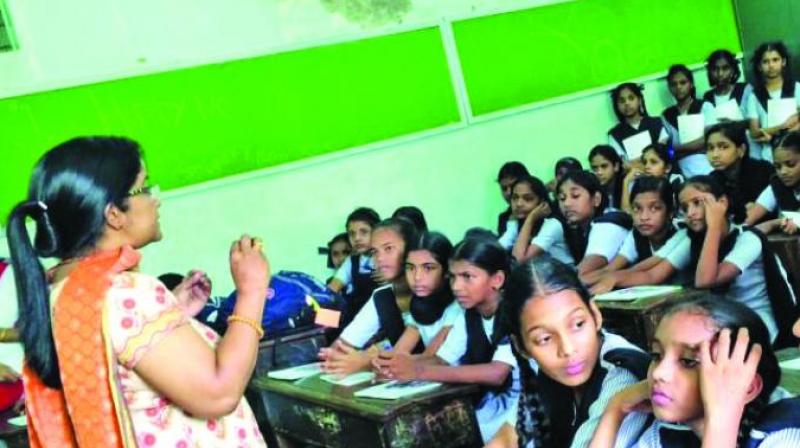 Mumbai: Starting from the on-going academic year, class nine students will be provided a lifeline in case they fail to clear their final examination. The state education department on Saturday announced that these students would be allowed one more chance in June, this year, where they can take a re-examination to clear the academic year. The move, according to the department is to curb dropout rates in schools.

The class 9 examinations usually finish by the end of April every year. This means the students will get around two months to prepare for their re-examination.

The department has instructed all the schools to make a list of students who failed and start their ‘training’ process, which involves  being taught in a better and quick way to help the students to clear the second attempt.

Along with the fact that the student will get an opportunity to start a new academic year, it will also let the schools and government  to control the dropout rates.

According to the department officials, the aim is to let every student pass the academic year properly. “We are just providing them an additional chance to fight their way to clear their academic year because if they repeat the year for just one subject, it will only bring their morale down. So preparing again and clearing the semester will benefit the students,” said a senior official.