The move comes after several CCTV cameras have been reported to be non-functional. 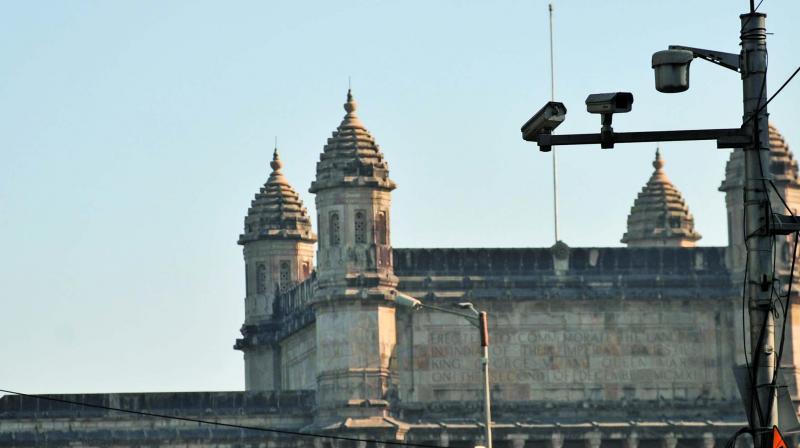 A senior police officersaid that many of the CCTV cameras installed at various locations in November 2016 had either stopped working or had developed defects. (Photo: Debashish Dey)

Mumbai: The Mumbai police is likely to get a new set of CCTV cameras equipped with the latest automatic number plate recognition (ANPR) feature, after the proposal is passed by the state home department.The move comes after several CCTV cameras have been reported to be non-functional.

A senior police officersaid that many of the CCTV cameras installed at various locations in November 2016 had either stopped working or had developed defects. To bridge the gap created by these defunct and defective devices, a new set of CCTV cameras armed with the ANPR feature had been ordered in a proposal sent to the home department. The proposal included a list of areas not covered by or isolated from the existing CCTV camera network. The proposal stated that CCTV cameras were essential to help solve crimes faster.

Clarifying the necessity for CCTV cameras, a police officer attached to the Juhu police station said, “Last year in June, the police found a missing five-year-old boy within two hours with the help of CCTV cameras installed in the vicinity. This CCTV camera network is really helpful, and needs to be updated with the latest technology.”

A year after the Mumbai police installed 5,000-odd CCTV cameras at around 1,510 spots in the city, officials said that these devices were proving to be their third eye where detection of crimes were concerned.