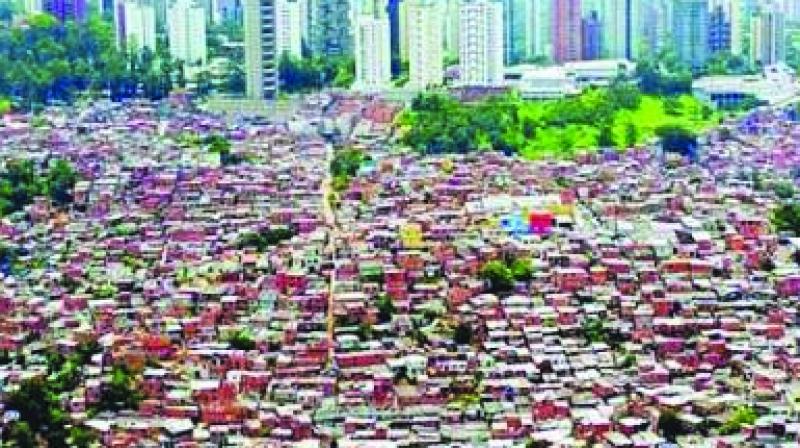 The PAC report instructed the govt to start online system.

Mumbai: The Public Accounts Committee (PAC) for housing has rapped the state government for irregularities in slum rehabilitation projects and asked the government why it did not possess up-to-date data on the number of slums that were built in Mumbai. The PAC has pointed out that out of 1.27 lakh eligible slum dwellers only 9,547 were given photo passes till September 2011. Also, while rehabilitating slums on airport land, the government had lost Rs 133 crore from the developer for levying less charges for service fees.

The PAC report 2015-16, which was tabled in the Assembly recently, has instructed the government to start an online system to fix the validity of slums for rehabilitation. It has also told the government to take action against officials in whose jurisdiction encroachment has taken place on government land. The report has studied a few cases like slum rehabilitation at the airport and Dharavi redevelopment projects and expressed its reservations about irregularities and inordinate delays in the implementation process.

“There is no complete information about slums in the city, and hence it becomes difficult to decide on the eligibility criteria. The government should conduct geo-referencing and a processing survey with the help of ISRO of all slums in Mumbai and complete it within a year. The government should also ensue that new slums do not get built while the survey is on,” the PAC report read.

Observing that system of finalising developers for slum rehabilitation is faulty, the PAC said that their evaluation should be conducted. “There is no mechanism to evaluate the developer, which leads to the wrong person being selected. This affects the entire project,” the PAC added.