Mumbai crime branch has shared all details pertaining to Sawant’s identity and criminal past for Interpol to turn the heat on Sawant. 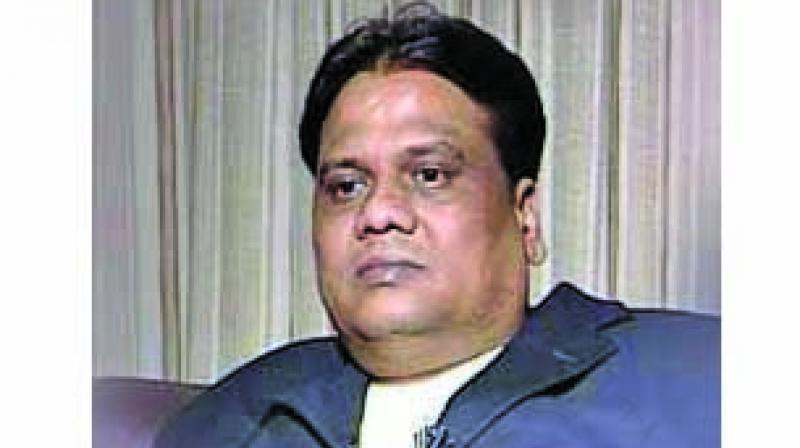 Mumbai: Closing in on incarcerated gangster Chhota Rajan’s key lieutenant who is absconding, Shankar Sawant alias Abu Sawant, Mumbai police recently alerted Interpol about Sawant’s last-known presence in Singapore for his arrest. Sawant, who hails from Chembur’s Tilak Nagar area, is suspected to have led the Rajan gang’s finances and activities after Rajan was deported to India from Indonesia in November 2015.

Sawant’s arrest is crucial as it will help get a clear picture of Rajan’s empire overseas and financial dealings. A crime branch officer on condition of anonymity said, “Sawant has been Rajan’s financial manager and has been at the helm of affairs since Rajan’s arrest. He had been shuttling between Singapore and other south-east Asian countries to take care of Rajan’s businesses. In Singapore too, Sawant ran one of Rajan’s plush hotels and appeared on our radar about a month ago.”

Mumbai crime branch has shared all details pertaining to Sawant’s identity and criminal past for Interpol to turn the heat on Sawant. Singaporean police and Interpol have launched a search for Sawant for his arrest and deportation,” said officials.

Sawant was an estate agent based in Rajan’s backyard Tilak Nagar before he came into contact with the gangster. One of the property deals in the Chembur-Tilak Nagar belt got Sawant acquainted with Rajan following which, he began working for the gang. The crime branch officer added, “Sawant started with issuing threats and making extortion calls to get protection money for the Rajan gang in his absence in Mumbai. There are at least six such cases against Sawant with Mumbai police. There are around 40 other cases in which Sawant has been named as co-accused.”

In one of the cases dating back to 2007, Sawant and Rajan’s wife, Sujata Nikhalje were both accused for extorting money from several local property developers to fund their own redevelopment projects carried out by a firm floated by Sujata and Sawant. There were also allegations that the money was diverted overseas for funding Rajan’s businesses then.

BOX: In June last year, the crime branch extradited underworld gangster Kumar Krishna Pillai from Singapore. Pillai had been on the run for around 17 years and had been running businesses in Singapore, which has a sizeable Indian population.