Half of survey’s report lack in flexibility in working hours, provision of transport. 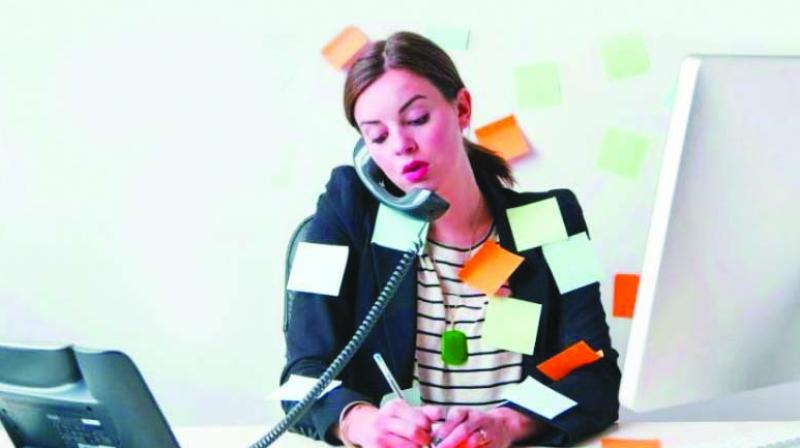 Only 8 to 15 per cent of women survey respondents reported discomfort with office location, or lack of security staff or CCTV cameras in office.

Mumbai: When it comes to woman friendliness at the workplace, India Inc (the formal sector of the nation) doesn’t score high. A recent survey highlighted gender bias in terms of compensation, opportunities for promotion and allocation of challenging assignments to women.

Personal security does not appear to be an issue for a vast majority, with only 8 to 15 per cent reporting discomfort with office location, or lack of security staff or CCTV cameras in office.

However, the survey conducted by Delta Learning stated that sexual harassment has been an issue that demands serious attention with 9 per cent of the women respondents stating that they have faced sexual harassment in office.

Lack of flexibility in terms of working hours, work-from-home options and provision of transport in case of late hours has been reported by approximate 50 per cent of the respondents. This is a huge impediment in the way of women in dispensing their professional and home responsibilities.

The survey noted that maternity definitely takes a toll on women’s careers in terms of the availability of fewer opportunities and adequate roles post maternity.

“The infrastructure can be improvement by way of providing creches and space for pregnant women to rest. The managers need to be sensitised to their conscious and unconscious biases towards pregnant team members and those returning from maternity leave in terms of allocation of assignments and performance appraisals,” said Charu Sabnavis, director of Delta Learning.

A separate study conducted by cab aggregator Ola found that a vast majority of women felt unsafe to use public transport in the country. According to the study, only 9 per cent women felt safe using public transport with most women citing harassment like verbal abuse, staring, groping, catcalls, whistling, and molestation among others as the reason for their opinion.