This Women’s Day, monorail likely to get woman captain

The MMRDA has now decided to deploy women security guards at Antop Hill station on the occasion of women’s day. 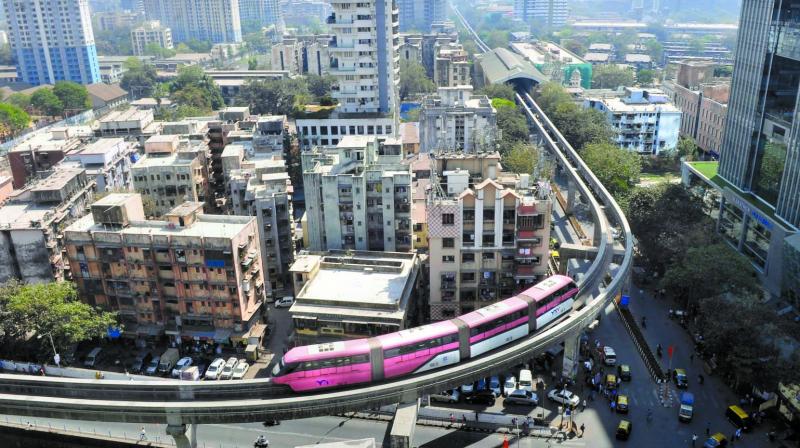 Metropolitan commissioner R.A. Rajeev may make an announcement about the appointment of a woman captain for the monorail on Friday.

Mumbai: On the occasion of international women’s day, the MMRDA is likely to announce appointment of a woman captain for the monorail. The Mumbai Metropolitan Region Development Authority (MMRDA) is planning to dedicate one station where all women employees will run the entire station.

Metropolitan commissioner R.A. Rajeev may make an announcement about the appointment of a woman captain for the monorail on Friday.

Presently, there are 27 male captains for the monorail. According to a senior official from MMRDA, one of the MLA has suggested for new recruitment. He suggested that as there are many educated girls staying in nearby areas, the MMRDA hiring themwould help many poor families.

“If we find girls who are educated and enthusiastic to work with us, we will definitely hire and train them. There will be job opportunities in housekeeping, clerical work and in other sections as well, where we can hire girls and women from nearby areas. It will be a great help for us as well,” said a senior official from MMRDA.

Another senior official from MMRDA said, “It was decided prior to the  inauguration of phase 2 that the monorail in which the chief minister travelled on the inauguration day would be driven by a woman pilot. However, as the inauguration date  changed four times, the idea could not be implemented.”

The MMRDA has now decided to deploy women security guards at Antop Hill station on the occasion of women’s day. For one day, all the women security staff will guard the station.