It will be a unique mobility card in the world, Prime Minister Narendra Modi asserted. 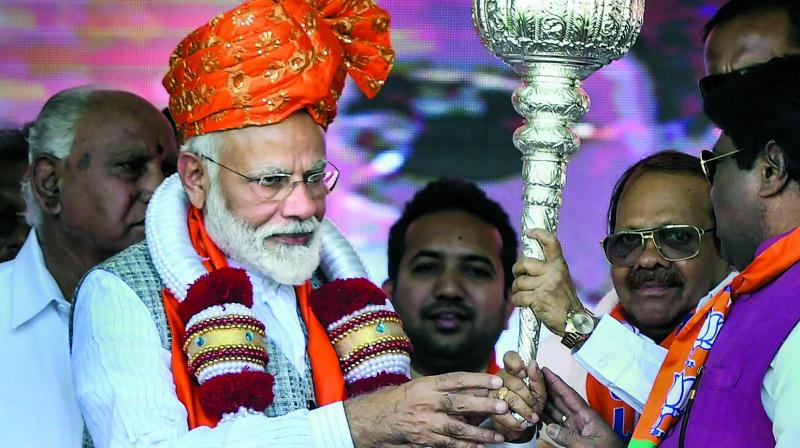 Nagpur: The metro railway network in the country, which was just 250 km long in 2014, has now grown to 650 km in 2019, Prime Minister Narendra Modi claimed on Thursday. Inaugurating the first phase of the Nagpur metro railway, Prime Minister Modi flagged off the inaugural run of the 13.5 km from Khapri to Sitabuldi route via video link in the presence of Maharashtra chief minister Devendra Fadnavis and Union minister for transport, shipping and Ganga rejuvenation Nitin Gadkari.

Prime Minister Modi said that under the National Democratic Alliance (NDA) government, the work of laying about 800 km of metro rail lines was in progress in various parts of the country. He said that as part of the government’s innovative concept, a “common mobility card” was being introduced which could be used in multiple transport system.

The card would also work as a debit and credit card and would also be merged with the Rupay bank card. It will be a unique mobility card in the world, Prime Minister Narendra Modi asserted.

The holder of the mobility card can travel by Delhi metro or any metro rail across the entire country. The concept is one nation one card for travel and other facilities.