Claim they mistook them for thieves who had been plaguing locals recently; arrests yet to be made. 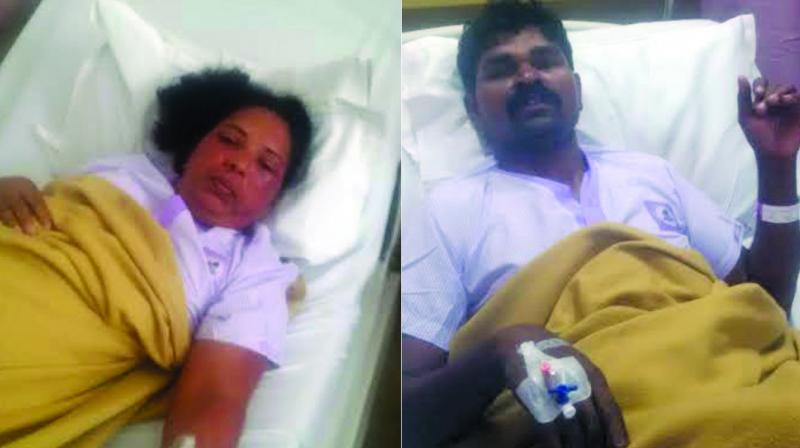 Mumbai: Residents of Kombadbhuje village, Navi Mumbai, allegedly assaulted four on-duty Mumbai police special branch (SB) officials with sticks and cricket bats after tying them up with ropes in the middle of the road early on Tuesday, on suspicions they were thieves posing as policemen. When asked for their identity particulars, the four police officers, who were clad in civvies as per the SB norm, had fished out their police identity-cards and offered to make the infuriated village residents talk to officials of the local NRI police station to confirm them, but to no avail. Some of the assaulters had snatched the identity cards, tearing them into pieces, saying, “Such police I-cards can easily be made for Rs 200 in the market by any body,” according to one of the victims, woman police constable Mangal Urankar (40).

The Mumbai police team had visited the village, on receipt of specific information, to search and nab a Bangladeshi couple staying there illegally. During the assault, Ms Urankar’s clothes got torn and she ended up with bruises all over her body. The local police that arrived on the spot later rescued the police team. The NRI police registered case under IPC 336 pertaining to assault but is yet to make any arrest in the case.

They had all been admitted in the MGM hospital in Vashi. The family members of the officers were moved to tears after seeing their bloodstained faces. Ms Urankar, whose face was swollen, said, “We went to village to arrest the Bangladeshis. Many villagers had given their home on rent to them without taking proper documents. We knocked the door of a Bangladeshi national, who is staying in the area with his wife, and asked him to come out. However, some villagers woke up and gathered around the house. Meanwhile, the man in question fled from the rooftop and his wife opened the door. We started interrogating her and asked other villagers to give the number of owner of the house.”She added, “The villagers started shouting at us and asked to prove our identities as we all were on civilian clothes. We had shown our identity cards, when two or three people snatched and tore them. They tied the men with ropes and started beating them badly. A woman and her young sons started beating up me with bats and kicked me too.”

Mr Gavli, whose head and leg were wounded badly, said, “ We tried to request villagers and police patil of the village to call the police to verify our identity. But he said he didn’t trust anyone, and that all police officers were in collusion with thieves. The patil said that someone had stolen Rs 6 lakh from him. Most of them were drunk.”

Mr Patil’s wife, Ashwini, said, “My husband left home around 8.30 pm on Monday and today at 12 pm I got call about the attack. He was working for the people’s safety and they turned of him. The doctor said he’d need a month to recover.”

The villagers who had beaten up the officers said that they didn’t know they were police. Balu Koli, a local, said, “We have been constantly searching for the thieves who had looted us. As this team came in the night and noone had wore uniforms, we suspected them and beat them up.” Another local, Chandrabai Koli, said, “We tried to help the officers but when everyone said they thieves, we started hitting them.”