According to defence, this made out grounds beyond reasonable doubt for the grant of bail to Peter. 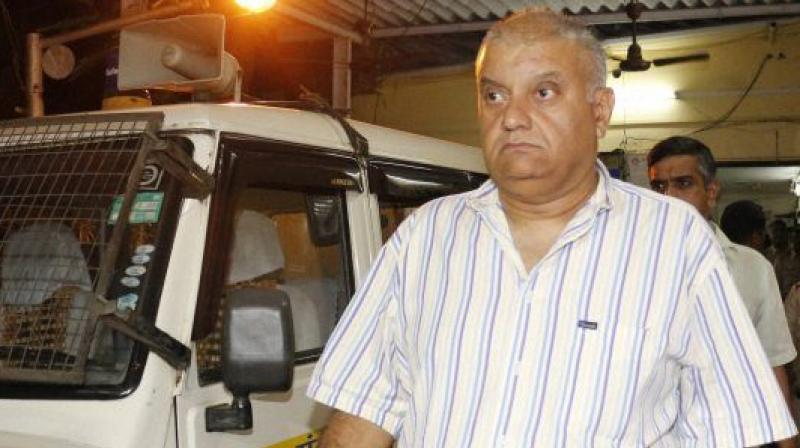 Mumbai: Peter Mukerjea’s lawyer Monday argued before the special CBI court that the locations of Shyamvar Rai and Indrani Mukerjea, on the basis of Rai’s call data records, showed that they were present in Navi Mumbai at 11.37 and it was not possible for them to travel to Lonavala through Bushi Dam and back to Lonavala, take halts and reach within 20 minutes the spot from where Indrani allegedly made a phone call to Peter.

According to defence, this made out grounds beyond reasonable doubt for the grant of bail to Peter as there was nothing else to connect him to the conspiracy of Sheena’s murder.

Advocate Shrikant Shivde, on behalf of Peter, argued before special CBI Judge J.C. Jagdale that when they were arguing for Peter’s bail for the first time and contended that there was nothing to show that he had any motive to participate in the murder, the CBI hurriedly recorded co-accused Indrani’s former driver and accused-turn-approver Rai’s fifth statement where he said something about Peter which he had not said in any of his statements.

Advocate Shivde further contended that Rai, in his fresh statement, said that on April 23, 2012, when he had gone with Indrani to conduct a reccee  of different places to find a suitable place to dispose Sheena’s body, he overheard Indrani speaking to Peter and saying “good place” while looking at the spot where Sheena’s body was later burned.

According to defence, it was only later after much delay that defence was provided CDRs of Rai’s phone and on that basis, there was no possibility that Rai and Indrani could have been at the alleged spot from where Rai claimed that Indrani called Peter to inform him about the spot to dispose dead body.