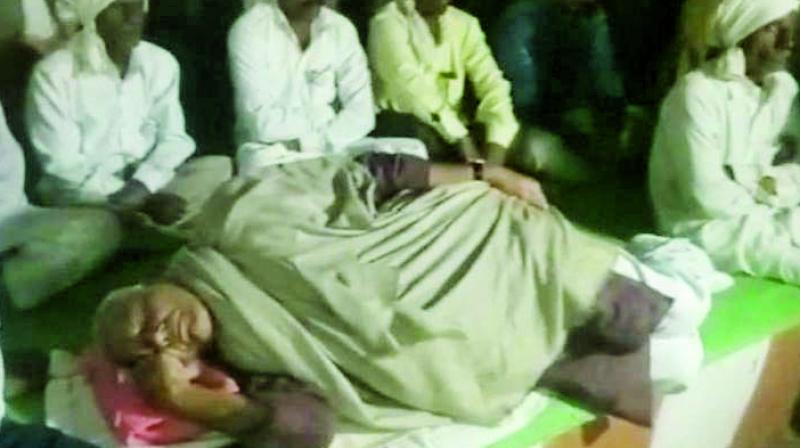 Mumbai: After having a telephonic conversation with Maharashtra chief minister Devendra Fadnavis on Wednesday, senior BJP leader and former finance minister Yashwant Sinha called off his agitation over issues related to farmers in Akola. Mr Sinha held the protest on farmer’s issues in Akola over the last four days. “Mr Fadnavis has assured the completion of all our demands. Therefore, we are withdrawing the protest for now,” Mr Sinha said on Wednesday evening.

Mr Sinha was protesting for farmer’s issues including minimum support price (MSP) and others. He was also arrested by Akola police, which had become national news. After this, many national leaders including West Bengal Chief Minister Mamta Banerjee, Delhi chief minister Arvind Kejriwal, NCP supremo Sharad Pawar and others have already called him and assured complete support.

On Wednesday, Mr Fadnavis called Mr Sinha in the morning. He assured that all the six demands made by the veteran leader are accepted and implementation has begun. Then Mr Sinha discussed it with his colleague and withdrew the agitation. “I don’t see it as success or defeat. This will benefit farmers.  Almost `5000 cr will go now in the accounts of farmers. That is real success,” said Mr Sinha.

Meanwhile, on Wednesday itself, many leaders met Mr Sinha. An independent MLA Bachchhu Kadu expressed his support. “We farmers are left with no option other than raising the Kisan army and fighting against the government in a peaceful manner.

The government does not understand the language of request. Farmers’ agitation will become stronger after Sinha’s agitation,” said Mr Kadu.

This influx of leaders and supporters has sent jitters in BJP.  Looking at the growing support, CM Fadnavis intervened and requested Mr Sinha to end his agitation. He also accepted all of his demands.

Mr Sinha also cleared that he would come back and hold protest if implementation on his demands doesn’t get start.