The 10 litre bins will be distributed among housing societies and 120 litre ones will be used at public places. 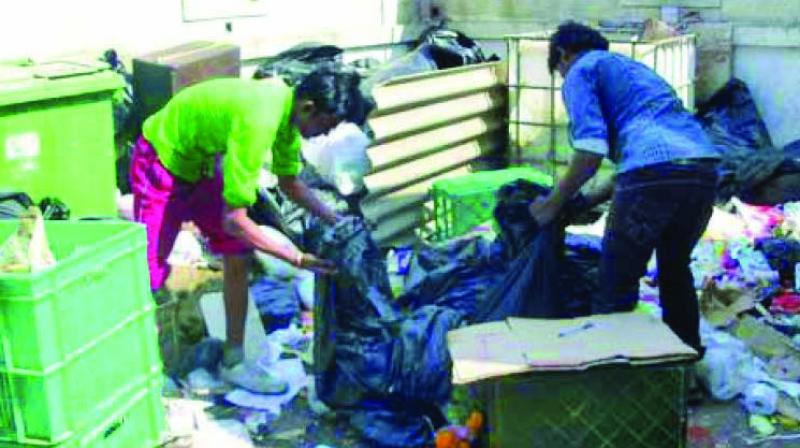 Mumbai: To expedite its waste segregation drive, the Brihanmumbai Municipal Corporation (BMC) has decided to procure 10 lakh dustbins and 50,000 containers with capacities of 10 litre and 120 litre, respectively, at a cost of Rs 17 crore. The dustbins will be bought from corporators’ funds and will be distributed among housing societies for waste segregation.

A senior civic official said, “The dustbins will be provided from corporators’ funds to encourage people segregate dry and wet waste. Corporators had demanded that they should be allowed to buy dustbins from their funds and distribute them to housing societies to promote waste segregation.”

According to civic officials, dustbins and containers will be bought at cheaper rates than earlier contracts. Earlier, the BMC had procured 10 litre dustbins and 120 litre
containers at a cost of Rs 93.42 and Rs 1369 each, respectively.

The 120 litre capacity containers will be used to collect and carry garbage at public places. The BMC uses compactors, which have the mechanism to pick up these containers, and also empty them. These containers are more in demand at schools, hospitals etc., said the official.