The police has confirmed that she was murdered and the culprit performed unnatural sex on her. 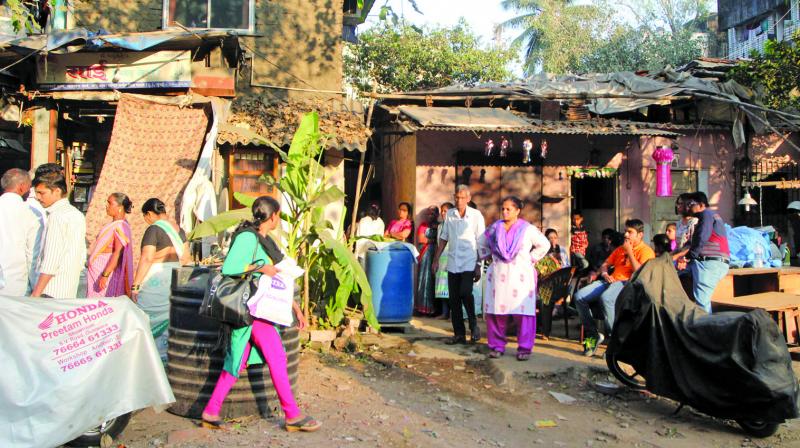 The police said the culprit performed unnatural sex on her. (Photo: Mrugesh Bandiwadekar)

Mumbai: The naked body of a 24-year-old physiotherapist, with her face partially burnt with an unidentified chemical, was found on Tuesday morning at her shanty residence in Vile Parle area by her family.

The police has confirmed that she was murdered and the culprit performed unnatural sex on her. The police is yet to establish the cause of her death or the identity of the culprit.

A senior police officer informed The Asian Age that till 11.45 pm Monday night, the victim was accompanied by one of her female friends who was at her home. "Chances are that, after the female friend left from there, someone else reached there and murdered the woman. We will question the friend, apart from the victim's family, relatives, other friends and neighbours to get clues on the culprits," said the officer. The police is also examining the victim's mobile phone's call data record to zero in on any suspicious conversations or audio-visual text messages, said the officer. The police has registered a case under sections related to offences of murder and unnatural sex. In order to identify the accused, the local crime branch unit along with the Vile Parle police is investigating the case.       According to police sources, the deceased was staying in a one-plus structure in a chawl with her parents and siblings.

On Tuesday, neighbours knocked the door to wake up her parents on seeing smoke coming out of the house. The parents later discovered the naked body with a few burn marks on the face, and notified the police. According to officials, the victim's parents and sister were sleeping on the ground floor and she was sleeping on the first floor. Last year, she had passed her Physiotherapy course and was working in a private clinic in the city.