BMC hands over plot to trust

Bhoomi pujan likely on January 23, the birth anniversary of Balasaheb. 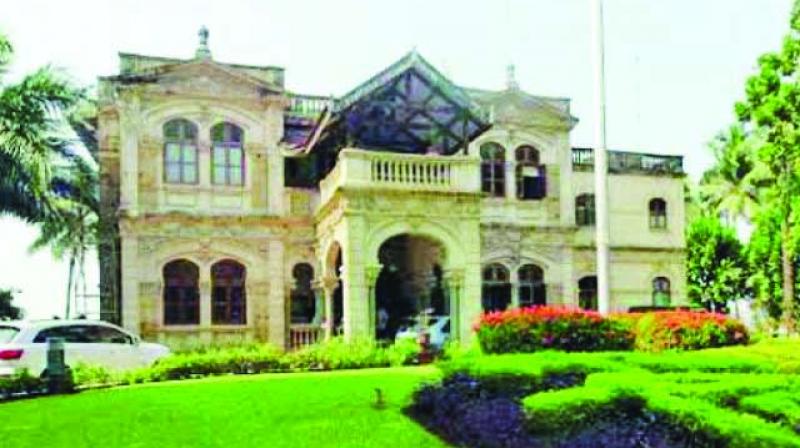 The property was handed over to senior Sena leader and industries minister Subhash Desai.

Mumbai: In a major step towards the construction of the memorial for Shiv Sena founder Bal Thackeray, the Brihanmumbai Municipal Corporation (BMC) handed over the plot of the mayor’s bungalow at Shivaji Park to the Balasaheb Thackeray Rashtriya Smarak Nyas (BTRSN).

On Tuesday morning, a team of BMC officials from the estate and General Administration Department (GAD) visited the bungalow and handed over the property to the trust officials. The property was handed over to senior Sena leader and industries minister Subhash Desai.

With this, the Diwali celebrations held on Monday evening turned out to be the last public event organised by the mayor at the bungalow. Hoards of people attended the event to get a last glimpse of the heritage structure, which will now be converted into a memorial.

“The physical possession of the property would be given once the mayor has shifted out of the premises,” said a senior civic official. The bhoomi pujan for the Thackeray  memorial is likely to be held on January 23, on the occasion of his birth anniversary.

The proposal to hand over mayor’s bungalow plot to the BTRSN, headed by Shiv Sena chief Uddhav Thackeray, for constructing the memorial was approved without any discussion in the civic house on February 27 last year.

The BMC improvements committee has also given its nod to lease out 11,500 sq metres of the plot for the construction of the Thackeray memorial at a nominal rate of `1 per annum for a period of 30 years.

The proposal says that the BTRSN can use 1.33-floor space index (FSI) for the memorial. It cannot sub-lease or rent the plot to any other party. It also cannot carry out additional construction, repairs or changes without prior permission of civic officials.