Currently, the forest department submits the data on such seizures to the WCCB. 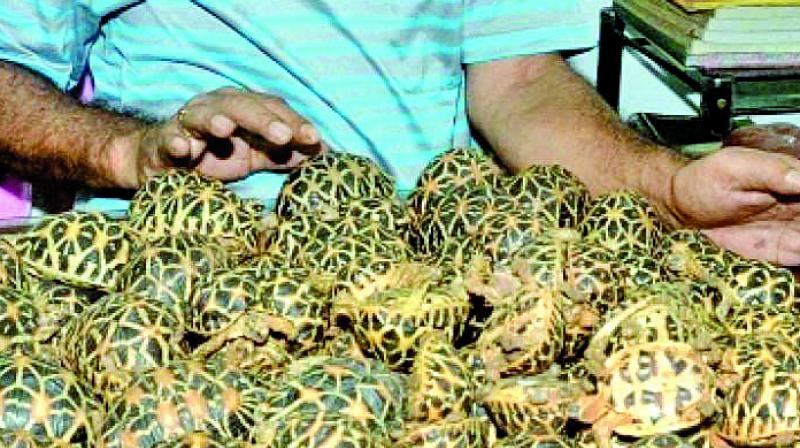 Mumbai: In an effort to tackle the menace of wildlife trafficking, the state’s forest department will soon have centralised data on the smugglers involved in it as well as the animals that are mostly targeted. A team consisting of various agencies that are looking into wildlife-related crimes will be submitting information to the Wildlife Crime Control Bureau (WCCB). The move came after 523 star tortoises and 8,000 kilograms of shark fins were seized in a recent case of wildlife trade last month.

Forest officials stated the move would help in curbing the illegal trade of animal parts in several districts of Maharashtra and keep agencies alert on the activities of smugglers across the state. “Collection of such data will help in keeping several agencies in the loop about the illegal wildlife trade that takes place in districts of Maharashtra. It will also help us in creating awareness about the issue in villages bordering forests,” said a WCCN official.

The agencies involved in handling cases of illegal wildlife trade are the forest department, the customs, the directorate of revenue intelligence, the police and the Railway Protection Force. The team also comprises of NGOs like TRAFFIC India as well other local NGOs.

Some of the species that are prone to illegal trade in Maharashtra are pangolins, star tortoises, ornamental fish, crocodiles and sharks.