The FSSR also prohibits killing camels for meat; a practice that is prevalent during Bakri-Id. 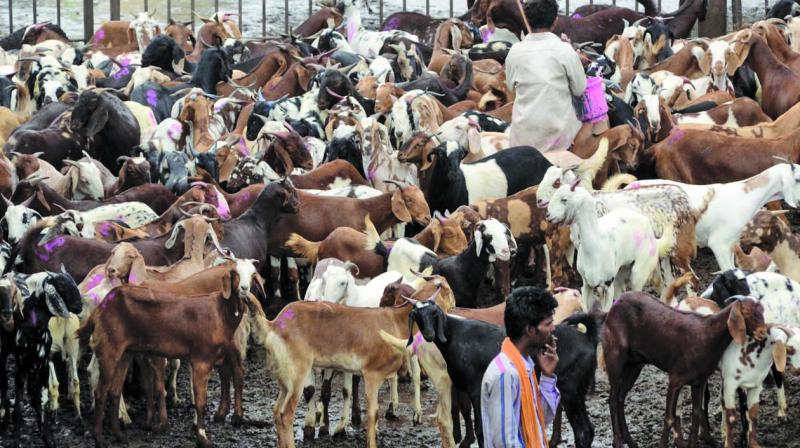 Mumbai: People for the Ethical Treatment of Animals (PETA) India has sent a fresh letter to the chief secretaries, director generals of police, and directors of animal husbandry departments of state governments and Union territories across India, as well as commissioners of municipal corporations of metropolitan cities, requesting that all precautionary measures be taken to stop illegal killing and transport of animals in the lead-up to Bakri Id.

In its letter, PETA has pointed out that in the orders dated February 17 and April 10, 2017, on two matters involving sacrifice and killing of animals for meat, the Supreme Court has ruled that animals can be slaughtered only in officially licenced slaughterhouses and that municipal authorities must ensure compliance with this ruling.

The Prevention of Cruelty to Animals (Slaughter House) Rules, 2001; and Food Safety and Standards (Licencing and Registration of Food Businesses) Regulations, (FSSR) 2011; permit the slaughter of animals for food only in registered or licenced slaughterhouses equipped with species-specific stunning equipment. The FSSR also prohibits killing camels for meat; a practice that is prevalent during Bakri-Id. And, the Transport of Animals Rules, 1978, is also frequently violated during this festival.

PETA India CEO and veterinarian Dr Manilal Valli-yat said, “Animals are not ours to eat or abuse in any way– note that thousands of goats, buffaloes, camels and other animals are killed during festivals such as Bakri Id, Dussehra, Durga Puja and Bali Pratha.”

Dr Valliyat said, “Common illegal practices during these festivals include cramming animals into severely crowded trucks – which routinely causes suffocation and broken bones – beating them to keep them moving while marching them to the place of sacrifice in full view of upset children.”