Athavale has said that such a basis is against the very idea of reservation. 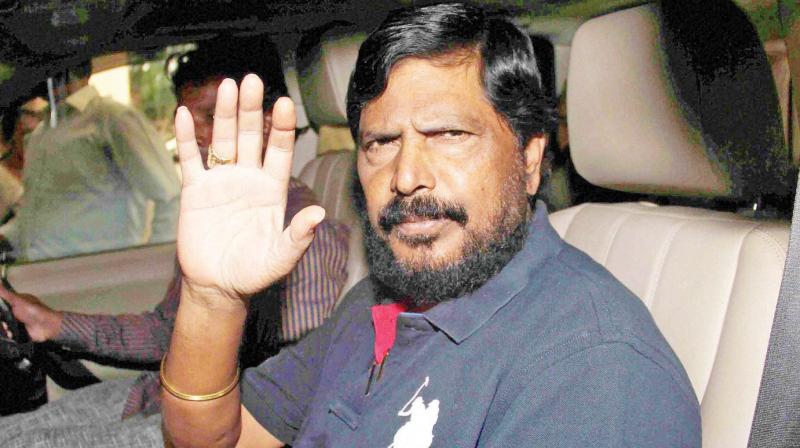 Talking to reporters, Mr Athavale firmly opposed the idea of ‘reservation based on economic condition’. “When I was part of the erstwhile Congress and Nationalist Congress Party Alliance, a similar proposal was pushed by the latter party’s MLA, Shalinitai Patil. But I opposed it even at that time,” he said.

Mr Athavale said, “I have supported the demand of reservation for the Maratha community because there are genuine issues of poor Maratha families. But that does not mean that the framework of reservation created by Dr Babasaheb Ambedkar should be set aside. Reservation is a social issue and we need to see it through that angle only.”

Mr Athavale, who is part of the Prime Minister Narendra Modi-led government and an alliance partner of the BJP at the Centre and in the state, said, “I don’t think anyone is even thinking about ending reservation in the country. Opposition parties are purposely spreading lies in the country ahead of elections.”

With the protest for Maratha reservation having rocked the nation, it was Maharashtra Navnirman Sena (MNS) chief Raj Thackeray who first made an appeal for economic reservation in the country. In recent public meetings, Mr Thackeray has been stressing the issue. Ever since, the subject has become part of mainstream state politics.