This has been under consideration since year 2010. 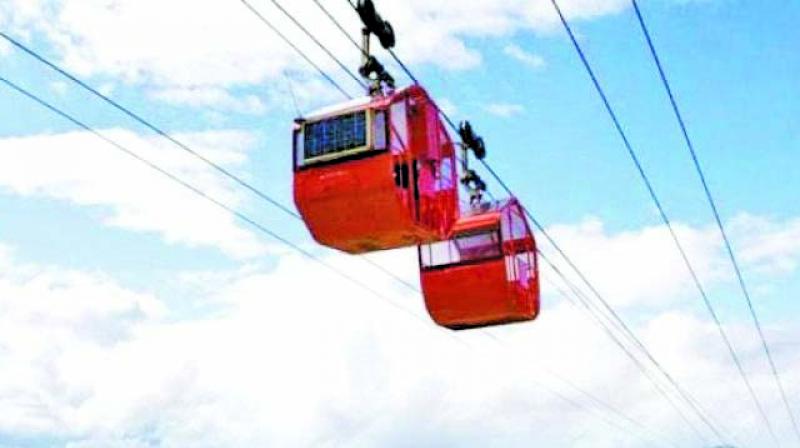 The project was conceptualised in 2001, and clearances were sought by 2003.

Mumbai: The wait for the 4.7km-long Neral-Matheran ropeway worth about Rs 250 crore just got longer as authorities will be able to begin construction work only by the end of the year. The delay has been caused by forest department sanctions which will take some time to be procured. The project has been under consideration since 2010. Once operational, the ropeway will ferry tourists from Bhutavili village to Matheran through Garbett Point. Once the work begins, it will take approximately two years for the ropeway to be functional.

Pravin Darade, additional metropolitan commissioner, MMRDA, said, “The forest clearance is pending, which is why it will take at least four more months to start construction work of the project.”

A source revealed, “They had almost got the forest clearance but there was a mistake from the government’s side in the sanction, for which, an internal clarification is being obtained. The clarification, along with the correction, will be obtained in 15 to 20 days. The soil testing and geo-technical survey has already been conducted. Another issue is the road accessibility to the main project for which communication is underway with dam authorities. The government will help provide a solution for the same.”

Tata Realty and Matheran Ropeway Private Limited (MRPL) will jointly implement the project.  The ropeway will be 2 kms away from Bhivpuri station, starting from Bhutavili village, it will have a stop at Garbett plateau. In the second phase, the passengers can change to cabins from Garbett point to Matheran. Madhav ji garden in Matheran will be the end point of the ride. Gondolas and cabins will be used for ferrying the passengers; the ride will be of maximum 25 minutes.

Similarly, in order to boost tourism in Sanjay Gandhi National Park and improve connectivity between Borivali and Thane, the state has planned to build an eight-km-long ‘urban ropeway’ that would go from over SGNP and allow one to have a bird’s-eye view of the surroundings.