The crime branch has informed the court that it has not found any evidence against Qureshi. 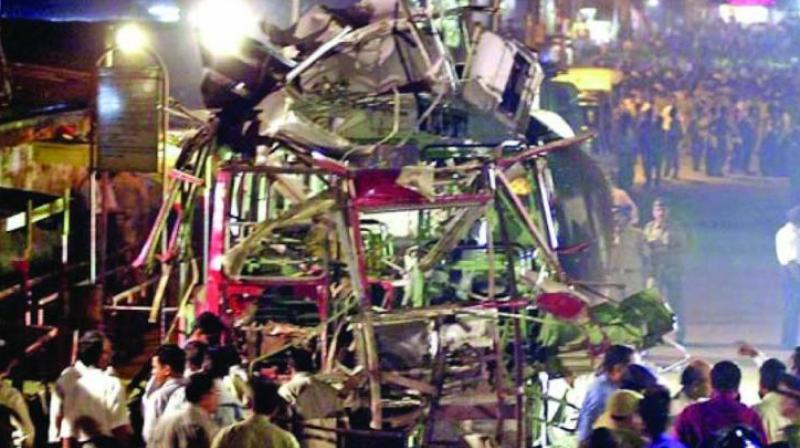 The special POTA court would hear his bail plea on Tuesday.

Mumbai: Irfan Qureshi — who was arrested under POTA 16 years after the 2002 Ghatkopar blasts — is expected to be free months after his arrest as the police informed the court that it found nothing against him.

Irfan Qureshi’s lawyer, Tahera Qureshi, on Monday filed an application for default bail as the police had not filed any chargesheet within the stipulated time period. Irfan Qureshi was picked up from Aurangabad on May 5 this year by the Gujarat Anti-Terrorism Squad (ATS), and handed over to the Mumbai crime branch.

The police informed the court that it would file a report under section 169 of the CrPC that there was no evidence against him. The special POTA court would hear his bail plea on Tuesday.

Advocate Tahera Qureshi, on behalf of the accused, filed the bail plea on the grounds that the investigating agency was unable to file a charge-sheet within the stipulated period of 90 days and no application was filed seeking extension of time to file the charge sheet, and hence, it was the indefeasible right of the accused as per the mandate of section 167 (2) of the CrPC that he be released on bail.

“The crime branch has informed the court that it has not found any evidence against Irfan Qureshi and is expected to file a report in this regard before the court,” said advocate Tahera Qureshi.

Irfan Qureshi, a manager of sales and marketing at Muscat, who holds a MBA and BE, and has been working abroad for the past 16 years, was picked up by the Gujarat ATS from Aurangabad on May 5, 2018.