According to the civic body, proposed flyovers will ease the traffic woes on the entire stretch. 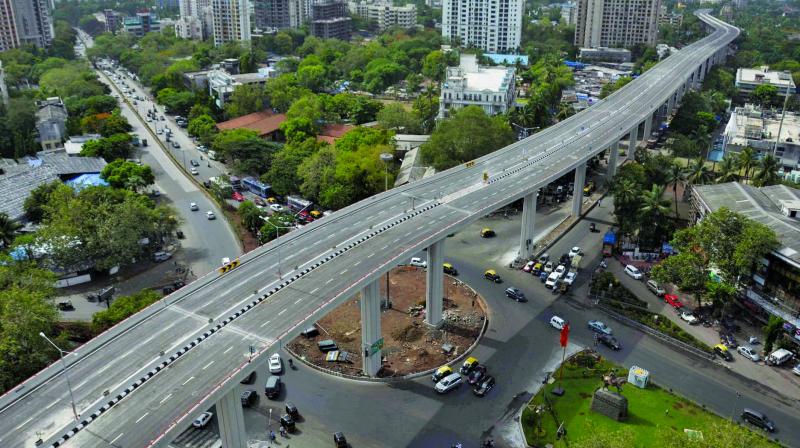 Mumbai: The BMC had planned five flyovers in the busy western suburbs to reduce the traffic snarls on stretches between Andheri and Borivali, however, the project which was granted in 2014 is still in the papers due to Metro line 2A corridor (Dahisar to DN Nagar). BMC officials blame changing metro alignments as the reason for the delay in executing the projects.

The flyovers were planned to be built at the intersections such as Don Bosco School at Borivali, M.G. Road and Mith Chowky at Kandivali, Chincholi Bunder and Bangur Nagar at Goregaon etc.

According to the civic body, proposed flyovers will ease the traffic woes on the entire stretch. Reportedly, the proposed flyovers would cut down the travel time by 20 minutes and will clear the routes at congested bottlenecks like Mith Chowki and would benefit around 35,000 commuters per day.

A senior civic official said, “Changing governments result in changing metro alignments too. The former government decided that the metro will go underground and now they said that it would be over ground. Such changing decisions have halted our projects since a long time.”

The civic body had planned these flyovers and surveyed the area for it long back in 2012. Flyovers were designed keeping in mind to serve the four-wheelers who ply on the route to stop by the call centres and shopping malls on the stretch.  According to sources, the civic body may scrap the whole project, if the delay continues. “We are waiting for the metro authorities to submit the final alignment,” said the official.