After deciding to quit the Congress, Narayan Rane tried to join the BJP, but his plans were not successful. 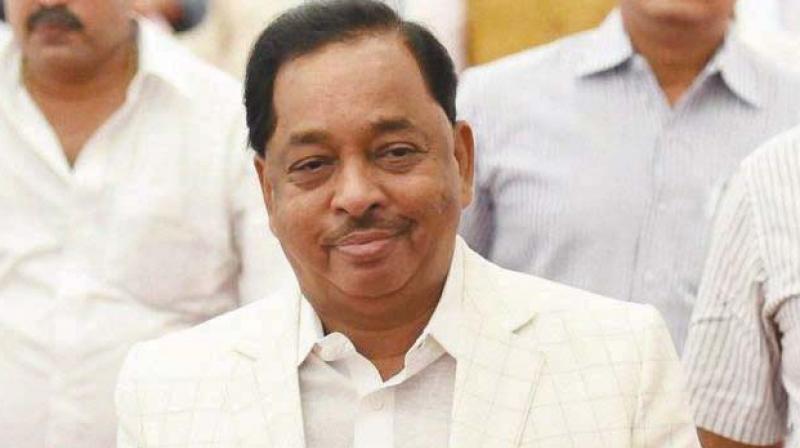 Mumbai: The incident where Congress MLA Nitesh Rane and his supporters heckled and threw mud on a government engineer to protest the potholes on a bridge near Kankavli in Sindhudurg district has landed his father and former chief minister Narayan Rane in trouble on his home turf.

The controversy has all but ended the possibility of the Maharashtra Swabhiman Paksha (MSP) – helmed by Narayan Rane – joining hands with the BJP in the forthcoming Vidhan Sabha polls.

The incident took place Thursday and a video of it showed Nitesh and his supporters dumping buckets of mud on PWD (public works department) engineer, Prakash Shedekar, at a bridge near the Mumbai-Goa highway, when inspecting the pothole-ridden highway.

Nitesh was later arrested by the police in the matter. Even as Nitesh drew flak from all corners, Narayan Rane took to damage control by offering an “apology”. He said, “This behaviour is wrong. The protest over the highway issue is correct but the way Nitesh agitated was completely wrong. I don't support this.”

After the incident, senior BJP leader and revenue minister Chandrakant Patil met Mr Shedekar’s family and assured them of action against the guilty.

According to political sources, BJP leaders are miffed over the entire incident. The revenue minister’s visit to Mr Shedekar’s family is being seen as a strong signal sent by the party to the Rane family.

After deciding to quit the Congress, Narayan Rane tried to join the BJP, but his plans were not successful. However, he did become a Rajya Sabha MP from the BJP quota, and later formed his own outfit, MSP.

With the BJP and Sena having decided to fight the Vidhan Sabha polls together, the BJP no longer needs Narayan Rane. Mr Patil’s assurance of action against the guilty is BJP’s way of showing that it is miffed over the matter, said a political observer.