Police has listed some petrol pumps suspected of using electronic chips to manipulate discharge of fuel. 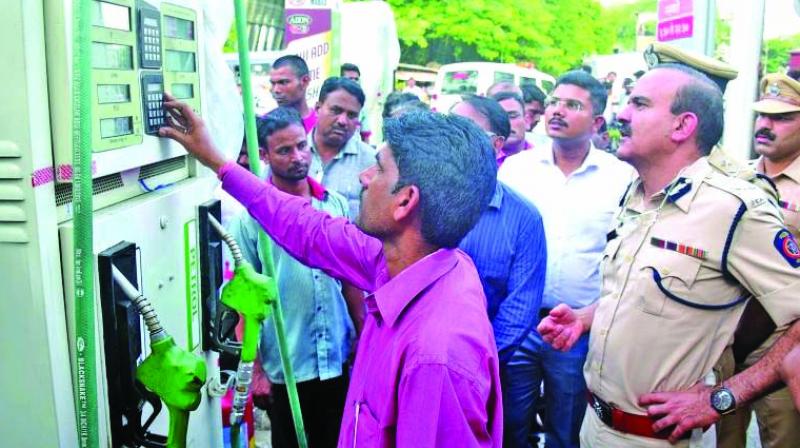 Mumbai: The Thane police has arrested three more accused in the petrol pump scam. Of the trio, one was involved in the making of software used to tamper with legit petrol pump machines while the other two were chip fitters.

A police officer said, “After interrogating 19 accused, including the main accused Vivek Shetey who used to make the cheat chips, we came to know about these three accused. Thakrey was detained earlier as he used to fit the chips in petrol machines. During interrogation, he admitted to having installed several chips in Nagpur and we arrested him.”

“Nemade is a software engineer and used to make software to tamper with petrol pump machines. He has been doing this for the past three years and was arrested after we got information about him during interrogation of the other accused. Nemade was in touch with Shetey. Sona-wane too is an engineer and was involved in fitting chips in the machines,” the officer said.

Thane police crime DCP, Abhishek Trimukhe, said, “We are interrogating these accused. We arrested them Thursday morning. Our team is working to find other chipmakers, whom we will arrest soon. Our police teams are working on different aspects of the case to unearth the scam.” Till now, more than 80 petrol pumps have been sealed all over the state.

Police has listed some petrol pumps suspected of using electronic chips to manipulate discharge of fuel. Shetey, who has a Master of Science degree in electronics, was earlier arrested from Dombivali by UP police for having manufactured such chips at his workshop.

The chips were allegedly sold for Rs 50,000 to the accused in UP.