A family of four will be allowed into the zoo by paying a fee of just Rs 100. 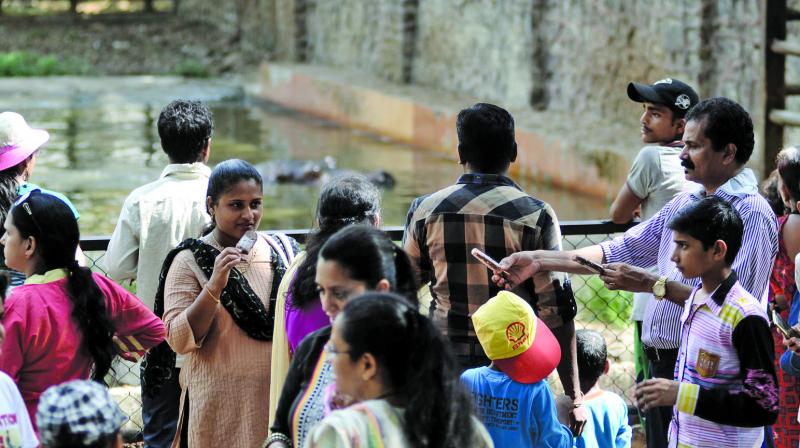 Mumbai: With the Shiv Sena on Thursday bulldozing through with the proposal to significantly hike Byculla zoo entry fees despite stiff opposition from civic activists, Mumbaikars now have only 25 days to view the Humboldt penguins free-of-charge. The new fee structure will come into force from August 1.

As per the new rates, any person above 12 years will now have to pay Rs 100 instead of Rs 5. However, a family of four can still enter the zoo by paying Rs 100. The entry fee for kids aged three to 12 years has been increased from Rs 2 to Rs 25. Further, entry charges are all-inclusive, which means that people will have to pay the same fee even if they do not want to view the penguins in the zoo.

Dr Sanjay Tripathi, zoo director, said, “According to new rates, entry fees for adults and kids will be Rs 100 and Rs 25, respectively. But a family of four will be allowed into the zoo by paying a fee of just Rs 100. An additional child will be charged at Rs 25 each.”

The monthly morning walk pass, which cost Rs 30 earlier, will now cost Rs 150. Foreign tourists and their kids will have to pay Rs 400 and Rs 200, respectively, for zoo entry. For photography and video shooting, Rs 100 and Rs 300, respectively will be charged. Opposing the fee hike, local resident Mahesh Pawar said, “Common people cannot afford to pay Rs 100 every day for entering the garden even if they do not want to view the penguins. Earlier, we used to pay only Rs 5 to enjoy the greenery of the zoo. Now it’s become unaffordable.”