The HC had directed the state to ensure that noise pollution norms are not violated during festivals. 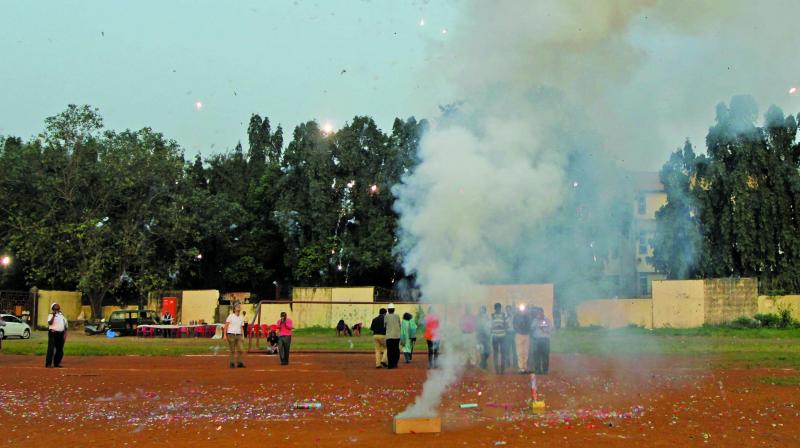 The state had filed affidavits giving assurances that it would uphold the norms following which the court dismissed contempt petitions filed against two officers.

Mumbai: Awaaz Foundation, which has been working on curbing noise pollution in the city, has expressed shock at chief minister Devendra Fadnavis’ assurances to Ganeshotsav and Dahi Handi mandals of relaxing noise norms on Thursday. The NGO has said that the CM’s this is a gross violation of the undertakings the state had given to the Bombay high court and, by giving such assurances, the CM was risking public health for political gains.

On Thursday, Mr Fadnavis met representatives of Maharashtra Ganeshotsav Mahasangh, who sought the state government’s intervention to ensure that the festival is not forced to tone down the festivities in light of directions of the high court. The high court had directed the state to ensure that noise pollution norms are not violated during religious festivals. The state had filed affidavits giving assurances that it would uphold the norms following which the court dismissed contempt petitions filed against two officers. The contempt petitions had been filed after Awaaz Foundation complained that the officers had not taken cognisance of norms being flouted and had participated in parades that were guilty of flouting noise pollution norms.

“It is very unfortunate that the government is not putting out strong statements to uphold the undertaking it had given the court to safeguard public health. On the contrary, the CM is giving assurances of relaxing the norms in silence zones which will put to risk the health and lives of the public at large,” said Sumaira Abdulali of the foundation.