The state said that it had issued 11,992 permits to vehicles with seating capacity of less than 12+1. 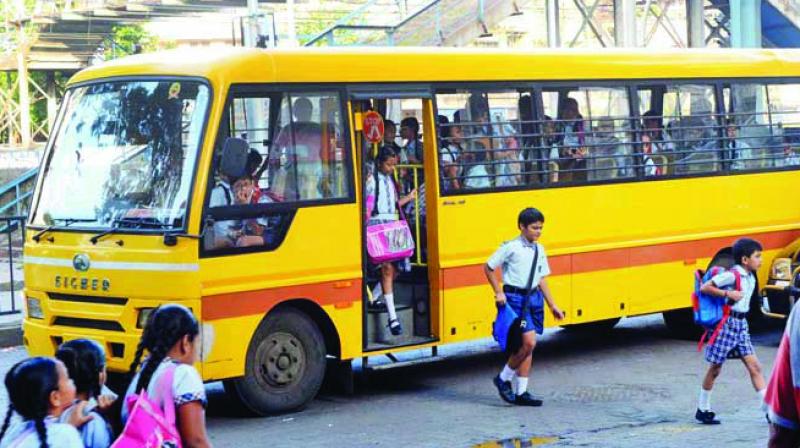 State said that it is trying to follow the Central Motor Vehicles Rules, 1989.

Mumbai: The chief justice of the high court on Thursday reminded the state that the school bus safety rules it had adopted were in contravention of the rules prescribed by the central government with regards to the definition of school buses and issuing of permits in light of that.

A division bench of chief justice Dr Manjula Chellur and Justice N M Jamdar was hearing a public interest litigation filed by PTA United Forum highlighting the fact that the state had been issuing school bus permits to operators without ensuring that the operators had a Common Standard Agreement (CSA) with the school and the BEST and ST buses employed to ply school children did not adhere to school bus safety norms.

The state said that it had issued 11,992 permits to vehicles with seating capacity of less than 12+1. The state however assured the court that currently they were taking steps to ensure it doesn’t recur and is trying to follow the norms of the Central Motor Vehicles Rules, 1989.

The bench remarked that in the absence of CSA the school could not ensure the safety of the children and the state had not addressed the question satisfactorily. The court also said that transport being in Concurrent List, Centre’s rules supersedes and the state has exceeded its authority, by including the auto and light motor vehicles used to transport children.