The state will wait till the Dahi handi festival as it is expecting some directions from the Supreme Court in this regard. 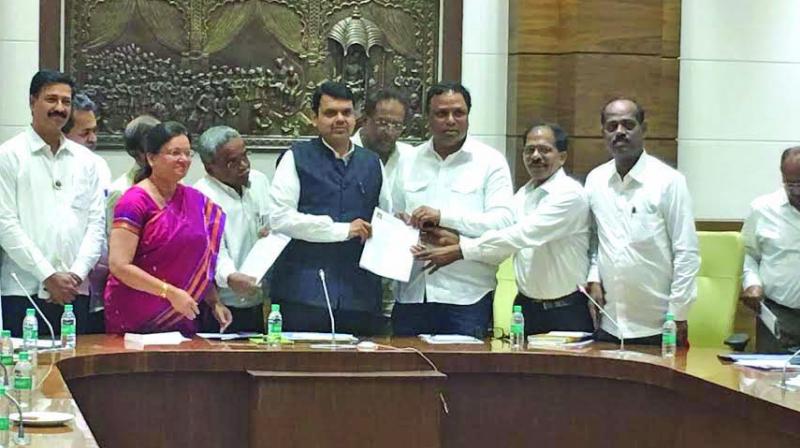 Mumbai: Once again, noise pollution control rules are likely to go for a toss with the government having bent over backwards to accommodate religious groups and political parties. Chief minister Devendra Fadnavis has assured that if necessary, an ordinance will be brought to facilitate Dahi handi and Ganesh festival celebrations “as usual”.

The state will wait till the Dahi handi festival as it is expecting some directions from the Supreme Court in this regard. The CM on Thursday assured the coordination committee that the state would issue an ordinance if the Supreme Court does not pass any order till such time.

Mr Fadnavis held a meeting with members of the coordination committee and senior officers. The committee had various issues regarding restrictions on the festivals imposed by the high court with a view to ensure people’s safety and curb noise pollution. The ‘Jai Jawan dahi handi committee’ has already filed an appeal in the apex court for relief from the HC order.

The meeting was held at the initiative of Mumbai Bharatiya Janata Party chief Ashish Shelar. During the meeting, the CM assured committee members of all possible legal help. “We will bring an ordinance if the SC does not pass any order till Dahi handi,” he said. The CM also assured the committee that the government would appoint lawyer Tushar Mehta to present their side firmly in the SC.

After the meeting, Jayendra Salgaonkar, president of the Maharashtra Ganeshotsav Mahasangh, said, “We welcome Mr Fadnavis’s approach. We are sure that this 125-years-old tradition will be protected. CM’s assurance of an ordinance has cleared the air.”

Interestingly, the CM held the meeting a day after Sena chief Uddhav Thackeray warned against restrictions on Hindu festivals, particularly the Ganesh festival and Dahi handi.

On Thursday morning, a Sena delegation led by MLC Anil Parab held a meeting with the CM asking to relax conditions for designating silence zones in the city. Mr Parab said, “If all conditions are followed, 80 per cent Ganesh mandals will fall under silence zones.”

It appears that the issue is being politicised between the BJP and Sena. Till now, Sena has had a hold over festival committees of Mumbai and Thane. A large number of youth is attached with the Sena through these mandals. Since the past two to three years, however, BJP has been trying to take over the scene. Mr Shelar’s initiative hints at the same while the Sena’s aggressive stand is a reflection of its protective attitude towards these mandals.