Metros   Mumbai  07 May 2019  Drought relief to be expedited
Metros, Mumbai

Drought relief to be expedited

The model code of conduct has been in force in the state since March 10 for the general elections. 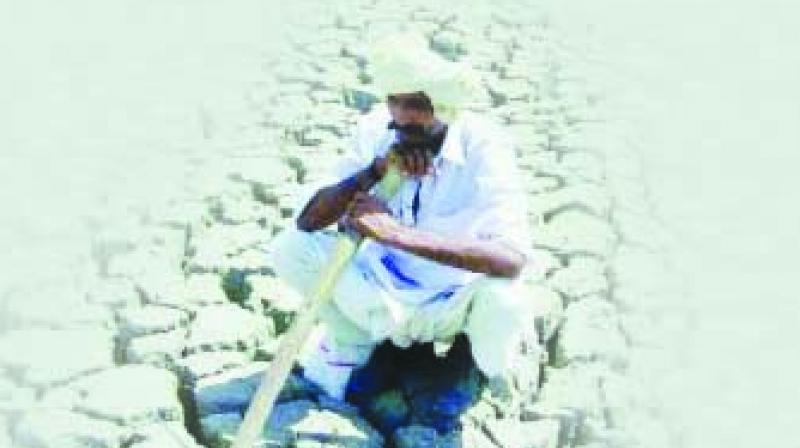 The EC has done so but also stipulated that no staff engaged in the counting of votes, which is on May 23, shall accompany ministers while touring drought-hit regions.

Mumbai: Drought relief measures in the state can now be expedited as the Election Commission of India (EC) on Monday relaxed the model code of conduct (MCC) for the ongoing Lok Sabha polls. This comes in response to chief minister Devendra Fadnavis’ appeal to the commission.

The MCC has been in force in the state since March 10 for the general elections. Polling for all 48 Lok Sabha seats in the state got over on April 29. After this, the chief minister wrote to the EC on April 30 asking it to relax the MCC to enable undertake relief measures in drought-affected areas of the sate.

Responding to this, the EC accepted the plea and relaxed the MCC. In its communiqué dated May 5 to the chief electoral officer, Ashwani Kumar, the poll panel said it had no objection to the proposal for relaxation in the model code of conduct in view of public interest as the phase wise polling for all the 48 Lok Sabha seats is over.

However, it has put a rider stating that no staff engaged in the counting of votes, which is on May 23, shall accompany ministers who are on tour of drought-hit regions.

But on Monday, there was no official communication from the chief secretary’s office about convening the regular weekly Cabinet meeting that is normally held on Tuesday. Sources added that even now the implementation of the drought relief measures depend on the district collectors and administration.

According to state officials, as the poll panel has conveyed that the drought-related measures can be implemented, Cabinet ministers can now undertake their tours and visits to drought-affected areas. Officers and employees who are not involved in the counting process can also participate in ministers’ tours and visits. They can also conduct review meetings and direct the administration to implement drought relief measures effectively.

Drought-relief measures that can now be accelerated include building bore wells in water scarcity areas, repairs of water supply schemes and maintenance of canals. and they can be completed in stipulated time. Also, processes related to inviting fresh tenders, evaluating of tenders, finalising tenders and such will also be accelerated. Works in line with the annual plans of various departments can also be taken up. These include basic hospital facilities, road works, and works of various municipal councils and panchayats, said an official.

Government to increase quantity of fodder for cattle camps

In a relief to farmers, the state government has increased the quantity of the fodder that is being provided for animals in cattle camps set up in drought-affected areas of
Maharashtra.

According to a government order (GO), the quantity of fodder has been raised from 15kg to 18kg for big animals and 7.5kg to 9kg for small ones.

At present, the 1,264 functional cattle camps in the state house 8.32 lakh animals. Each big and small animal get a grant of Rs 90 and Rs 45 respectively for water and fodder.

It has now been made mandatory for owners of cattle camps to keep a record of the number of animals registered with them. Cattle camp owners are supposed to put a barcode tag in the ear of animals under their care.

The state government has also developed a mobile application to help shelter owners update data on animals. Called the cattle camp management system, the application has been developed by a private company, Shaurya Technosoft.

This application will be provided to cattle camp owners totally free of cost, state officials
said.

The camp owners will have to scan the barcode attached near the animals’ ears and upload all the information to the software application.

The exercise of uploading information will have to be done on a daily basis.  This will help the district administration receive information about the number of animals in the camps and accordingly provide financial assistance for them, stated the official.