At 1.5 lakh, India has the highest number of highway deaths worldwide; study aims to reduce casualties. 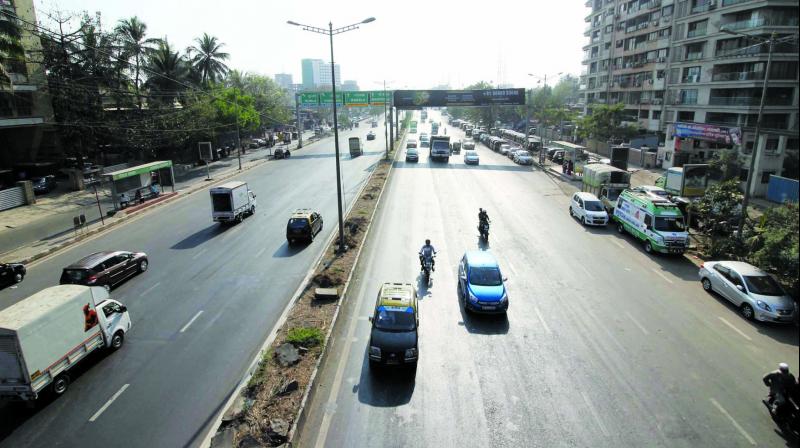 Mumbai: With India featuring at the number one spot for the highest number of highway deaths in the world at 1.5 lakh fatalities per year, Save Life Foundation (SLF), an organisation working on reducing highway fatalities, has undertaken a study on the contribution of human error to fatal accidents.

The study is being carried out on the Mumbai-Pune expressway, by SLF, in collaboration with the UK Behavioural Science Lab, a Columbia University professor of behavioural economics, and the Harvard Global Health Institute. The aim is to identify and address the behavioural pattern of drivers and come up with solutions that will help reduce fatalities.

As part of the initiative, impact studies are carried out regularly on different behavioural aspects of drivers. Also, findings of the studies by other organisations abroad are tested on Indian drivers, as and when some new aspect is perceived over and above known human errors, informed Piyush Tewari, CEO of SLF.

Speaking about the study, Mr Tewari said that accidents due to human error are rooted in various reasons, including over-speeding, sudden changing of lane, illegal stopping on the highway, among others. “We have identified three main elements that lead to accidents turning fatal. The first one is infrastructure, where vehicles crash into poles, dividers, safety railings.

The second element is vehicular or engineering flaws, which deals with problems in the vehicle like whether the engine is collapsible and non-compliance of safety measures by the driver or passengers such as wearing seat belts. The third element of the study is the human factor and our members who have undertaken the extensive and scientific study of fatal accidents have found that a lot of accidents have taken place due to human error,” said Mr Tewari.

As part of the study, a team from SLF visits the accident site and tries to rebuild the entire incident scientifically based on the witness, survivor and police accounts. The team also studies various other resources such as CCTV footage wherever available.

As and when SLF researchers come up with conclusive data about some behavioural aspect of drivers and passengers that needs to be addressed, SLF conducts awareness campaigns like public service TV commercials and communications campaign via radio and outdoor media to inform people about the consequences. Distracted driving, dozing off, changing lanes quickly without following proper protocol like using indicator lights, speeding and over-speeding, not wearing seat belts, among others, are some of the behavioural aspects that lead to accidents. The study attempts to analyse the causes behind every accident on the Mumbai-Pune expressway and every time there is a new finding, the awareness campaign is updated accordingly.

Mr Tewari said that while it was difficult to pinpoint the number of accidents that were caused due to the human factor, it was noticed that many accidents could have been averted, had the driver been properly educated about traffic ethics and safety precautions to be observed while driving on highways.

Mr Tewari said, “Statistics show that the number of fatalities on national highways (NHs) is one death for every two kilometres per year. The NHs in India see a very large number of deaths every year, and they are the highest when compared to other nations. The worst is the Mumbai-Pune expressway, which sees 2.5 deaths per two kilometres every year. While we partnered with the respective state governments to address the problems of road structure and corrected inconsistencies found in road laying, we at SLF are now working on addressing the issue of the human factor.”

Elaborating on the initiatives being undertaken in collaboration with various state governments to fix the problem of human error, Mr Tewari said, “The first initiative is to increase enforcement which means the state will have to deploy more personnel to patrol the highways and have continuous surveillance with the help of CCTVs along the entire stretch of the highway. Secondly, apart from the known behavioural aspects of drivers, we hope to find out more of the same by comparing data prepared by the UK Lab. Thirdly, we are working on a specific type of messaging that will be put up at toll booths and food plazas to remind drivers of the behavioural lapses they should beware of while driving.”

Mr Tewari added that while educating and creating awareness among drivers was an important step towards averting accidents, educating pedestrians about safety precautions was also an important aspect that SLF was working on. He said that SLF was hopeful of coming out with low-cost and economically viable solutions for addressing the human factor and was hopeful of death-free highways in India becoming a reality by 2021.

Apart from the study, the SLF has also partnered with Professor Geeta Mehta of Columbia University and will be starting the Social Capital Credits (SOCCs) project. The project is incentive-based and will reward drivers and passengers for due diligence with reward points for adhering to safety norms.

The accumulated points can be encashed for various services such as topping up mobile talk time, re-fuelling and so on. “The participants will be required to send selfies of the safety measures followed by them to SLF which will be verified through GPS,” said Mr Tewari.