Mr Thackeray referred to a recent statement from the US, which stated that all the F-16 jets in Pakistani fleet were accounted for. 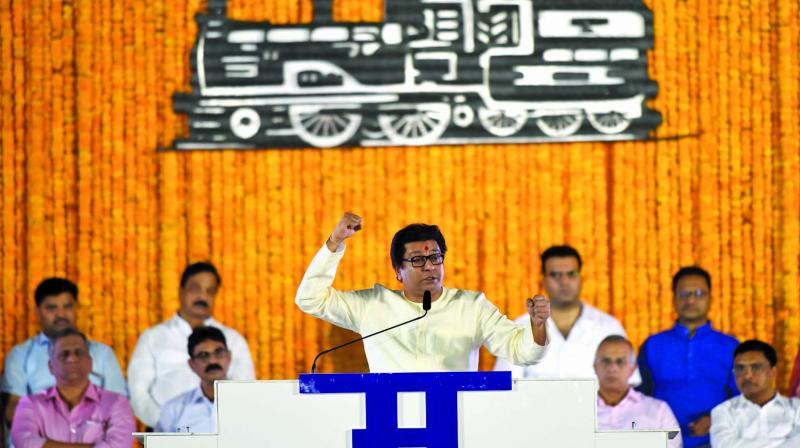 Mumbai: Though Maharashtra Navnirman Sena (MNS) chief Raj Thackeray spoke for more than an hour at his party’s Gudi Padva rally at Shivaji Park, he did not divulge more on his party’s future plans. During the entire speech, he targeted only Prime Minister Narendra Modi and the Bharatiya Janata Party (BJP) chief Amit Shah.

The MNS had announced that they will not contest the upcoming Lok Sabha polls in the state. However, Mr Thackeray clarified that the decision may not remain the same for the Vidhan Sabha polls.

Mr Thackeray denied that he is campaigning in favour of the Congress-NCP combine in the Lok Sabha polls. “There are murmurs that I have been used by the Congress and the NCP, but I am not that silly. I will work towards making the country free from Mr Modi and Mr Shah,” the MNS chief said in the rally, which received a good support from the party followers.

According to sources, the ‘think tank’ of the party has advised Mr Thackeray to stay away from LS polls and instead focus on the state Assembly polls to be held later in the year. However, he provided no hint on this, in his speech.

The MNS chief’s speech included some of the old allegations about Pulwama terror attacks and the alleged failures of the BJP government that he had made during his earlier rallies.

Mr Thackeray referred to a recent statement from the US, which stated that all the F-16 jets in Pakistani fleet were accounted for, contrary to the Indian government’s claim that one intruding jet was shot down after the Balakot aerial strike. “Why did PM Modi lie on this? He should answer that. Mr Modi had got such a rare opportunity, as the BJP had won the majority vote in 2014, 30 years after (late PM) Rajiv Gandhi secured such a huge mandate. What did you do in five years?”

Mr Thackeray drew a parallel between the ‘acche din’ promise and a similar slogan given by the then US President Franklin Roosevelt in 1940s and by German dictator Adolf Hitler. “Traits of Modi and Hitler are similar. The then US president Franklin Roosevelt had also said that good days would come. Even Hitler had said the same; and now Mr Modi is also talking about ‘acche din’,” he said.