Later, the SP leader further added that the director could have opted for adoption instead of surrogacy. 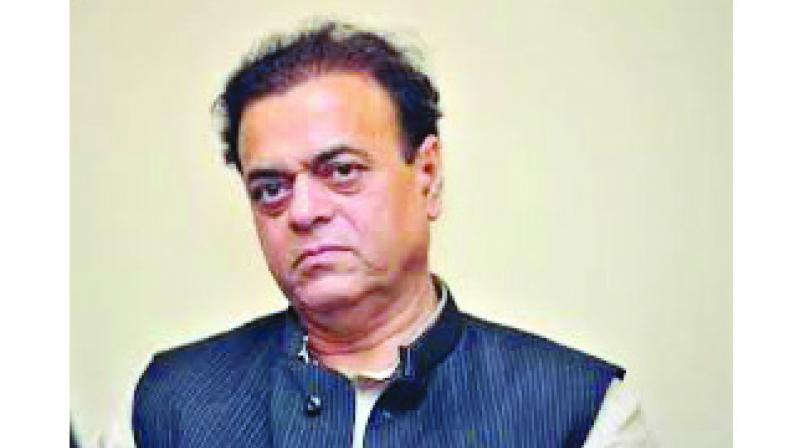 Mumbai: A day after filmmaker Karan Johar received congratulatory wishes and blessings poured in after he announced the arrival of his twin children — Roohi and Yash — through surrogacy, Samajwadi Party (SP) leader Abu Azmi seems to have sparked a controversy. On Monday, he mocked Mr Johar for having resorted to the “drama” of surrogacy because “he couldn’t get a girl to marry.”

While addressing the media, Mr Azmi questioned, “He is growing so old, can’t he get married? If he is suffering from some disease then why don’t he just adopt, why this drama of surrogacy?”

Later, the SP leader further added that the director could have opted for adoption instead of surrogacy. He said, “Why didn’t Karan Johar get married? Pairs are made by God, but no one was made for him. There are a number of women in the industry, he could have married anyone or at best, he could have adopted poor kids.”

Farhan Azmi, son of Abu Azmi and SP leader, said, “I don’t know in what context my father spoke, I know Karan is a great guy. I will send him cakes and cookies. I feel it is none of business to interfere in his (Karan) personal life. Whatever my father said is completely his prerogative. You will have to speak to him about that but I feel somehow he must have said about adopting a child instead... garib bacche ghoom rahe hai … I don’t think he said it to insult Karan. My father is a nationalistic guy. I know his idea was to talk about adoption, which is fair. There is nothing wrong in it — one must adopt. I am happy for Karan and may Allah bless his newly born.”

Director Kunal Kohli condemned the incident. He said, “It’s such a happy occasion. Why give importance to such a person like Abu Azmi. Why are we even bothered about the troll? I am happy for Karan. He is a part of our fraternity. I completely support him.” Singer Sophie Choudry also slammed Mr Azmi for his comment. She said, “Now Mr Abu Azmi has become synonymous with sexist, prejudice, thoughtless, ignorant comments. Itne bade ho gaye hain, par akal kab ayegi?”

Director Onir rued at the outrage caused by Mr Azmi. Supporting Mr Johar’s decision, he said, “Having a child, through surrogacy or adopting a child; get married or not — it is a personal choice. By saying all this, he just wants to gain public attention. Why are we even discussing this?”