The Gurgaon police had claimed the crime was committed by a school bus conductor, which was later refuted by the CBI. 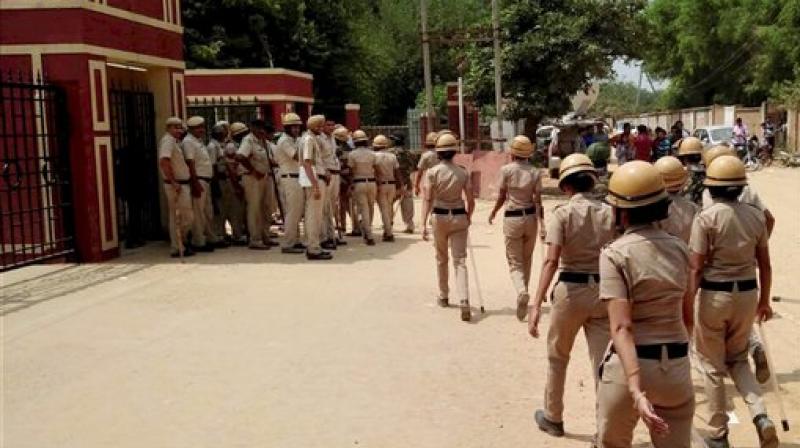 w The Gurgaon police had claimed the crime was committed by a school bus conductor, which was later refuted by the CBI

Gurgaon:  A Gurgaon court will pronounce its order on the bail application of a 16-year-old student, accused of killing 7-year-old Prad-human Thakur at Ryan International School, on Monday. Additional sessions judge Jasbir Singh Kundu reserved the order after hearing arguments of the counsel for the accused, the CBI and the complainant.

The defence counsel claimed the chargesheet in the matter was not filed within one month, as prescribed in the Juvenile Justice Act, and he was not given required documents. Opposing the contention, the CBI said the mandatory period for filing a chargesheet is 90 days under CrPC provisions. The counsel for the CBI said that “circumstances have changed” as the accused had been declared an adult by the Juvenile Justice Board (JJB). Therefore, the chargesheet needed to be filed within three months.

Seeking dismissal of the bail plea, the CBI said the JJB order to try the accu-sed as an adult spoke ab-out his mental status and the fact that he committed a heinous crime. Advocate Sushil Tekriwal, appearing for Pradhuman’s father Barun Thakur, questioned the maintainability of the application and said the accused should file a fresh bail plea before the court due to the changed circumstances.

On the contention of the accused that necessary documents were not provided to him, the CBI said the records had already been produced before the court and the accused never demanded any paper, nor any direction was passed by the court in this regard. Pradhuman was found with his throat slit in the school’s washroom on September 8 last year.

The Gurgaon police had claimed the crime was committed by a school bus conductor, which was later refuted by the CBI. The probe agency had claimed the teenager had killed Pradhuman in a bid to get the school closed so that a parent-teacher meeting and an examination could be deferred.

The court was hearing an appeal filed by the accused against an order of the JJB denying him bail. Mr Tekriwal had said the appeal for bail was at a “premature stage” as the investigation was yet to be concluded. The JJB had on December 20 held that the teenager would be tried as an adult.and directed that he be produced before the Gurgaon sessions court. The JJB had noted that the accused was mature enough to recognise the consequences of his actions.