Torn UP newspaper in BoB lockeroom led cops to thieves

Sources said that of the 11 accused arrested by the police so far, four key accused hail from UP. 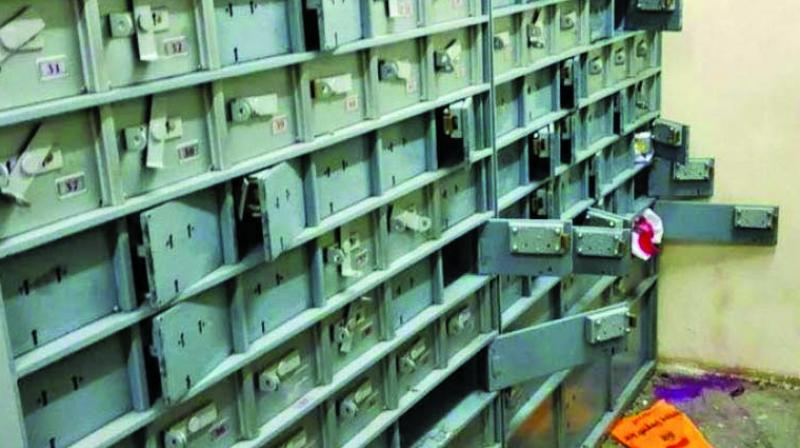 The robbers had decamped with cash and jewellery from 30 lockers in the bank.

Mumbai: The page from an Uttar Pradesh-based Hindi newspaper found at the scene of the crime in the case related to the Rs 3 crore heist at Bank of Baroda's Juinagar branch on November 13 was the first clue that put Navi Mumbai police on the trail of the robbers, said sources. The newspaper page, the police gathered, was inadvertently left by the culprits in the 25-ft tunnel dug by them from an adjacent farsan shop to reach the bank's locker room.

Sources said that of the 11 accused arrested by the police so far, four key accused hail from UP. A police officer said, “At first, we ignored the newspaper page because we did not get any finger prints on it. But later we realised that the newspaper was not Maharashtra but UP-based. We then came to the conclusion that the robbers were from UP. We gathered information about the robbers who are from UP or use people from UP in their group."

Ten police teams were put on the investigation and check nakas at Ghatkopar, Chembur, Mulund, Thane and Navi Mumbai were covered. The team from Chembur arrested Hajid Ali Beg (44), Shravan Hegade (37), Momin Khan (24), and Anjan Mahanti with gold jewellery weighing several grams. The Navi Mumbai police used informers to reach the culprits when it was carrying on transactions with a Malegaon-based jeweller.

Navi Mumbai commissioner of police Hemant Nagrale said, “Mr Beg is the main accused who hired four people from UP and gathered his accomplices near Ghatkopar last year. He asked to them to help him carry out the big robbery so that they could live happily for years.”