The court was hearing several petitions in this regard by students from the commerce, law and engineering branches. 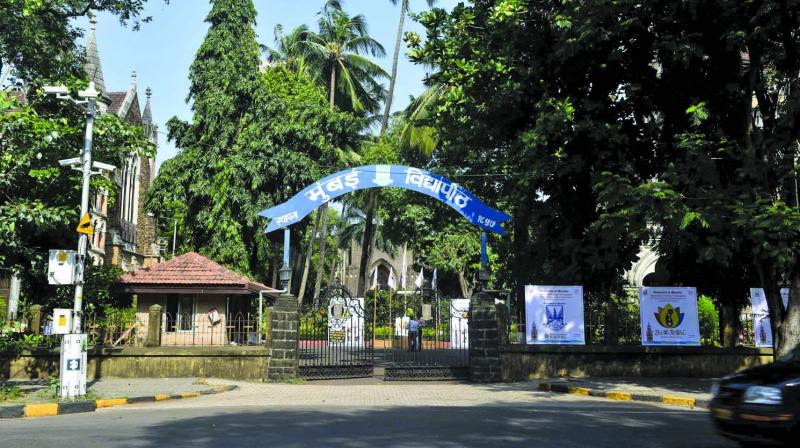 Mumbai: In the wake of petitions by several students about not getting photocopies of answer sheets from the Mumbai University (MU) for exams they had appeared for in the first half of 2017, the Bombay high court has directed the varsity to give a proper reply as to how and when it will resolve students’ grievances.

The high court said that if the university failed to provide a satisfactory answer, it would be compelled to call the acting vice-chancellor and other authorities responsible for the inconvenience caused to the students. The court was hearing several petitions in this regard by students from the commerce, law and engineering branches.

A division bench of justices B.R. Gavai and Manish Pitale was hearing a writ petition filed by Kandivali-based Nirmala College T.Y. B.Com. student, Vivekanand Panchal. Mr Panchal through his advocate Vijay Kurle prayed for directions to the university to declare him as having passed the financial accounting exam-I paper in which he had failed.

Advocate Kurle argued that as the university had been unable to provide a photocopy of Mr Panchal’s answer sheet, which he needed for revaluation, it should grant him the average of marks he had secured in the other six subjects in which he had passed.

After hearing Advocate Kurle’s submissions, the bench asked the university as to why it had been unable to provide answer sheets to students and how they had gone missing. “Tell us how you are proposing to resolve the issue, failing which, we will be forced to call the university authorities,” said justice Gavai.

He alluded to the fact that if no steps were taken, petitions would keep on getting filed. He posted the matter for hearing on Wednesday and asked the university to file its reply.

Meanwhile, Advocate Kurle said, “I will be praying for general directions to the university to apply the outcome of this petition to all the other students who have been similarly victimised due to the result mess.”